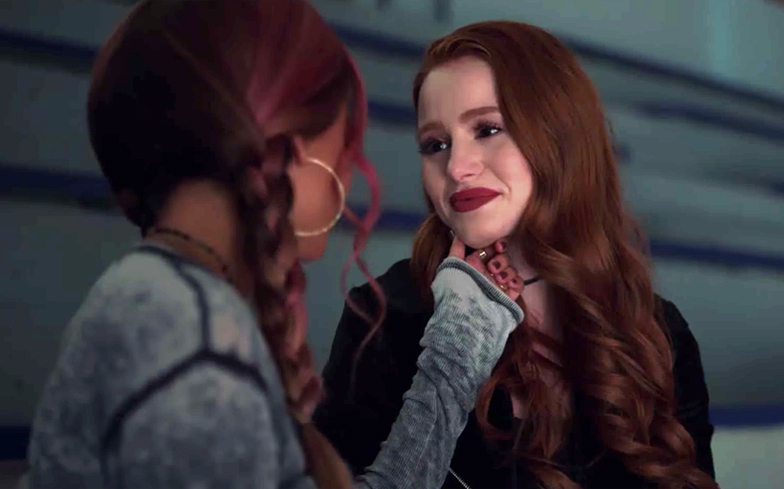 Last week’s memorable episode of Riverdale, which saw the cast put on their own production of Carrie: The Musical, gave us drama, a shocking death, a recreation of that bloody Carrie scene, and of course plenty of musical numbers.

But viewers were left a little disappointed with the lack of interaction between Cheryl Blossom and Toni Topaz, who fans have dubbed ‘Choni’, especially after one of the show’s writers teased some “really good stuff” for the couple was coming in future episodes.

Well, it turns out that Cheryl and Toni were supposed to get more screen time together, but it got cut. The scene in question saw the two lovebirds perform a short reprise of the song You Shine, which was previously sung by Archie and Betty.

Fans were quick to notice that while the Choni duet made an appearance on the episode’s official soundtrack, it was strangely missing from the actual show.

After receiving a barrage of angry tweets about the absent scene, showrunner Roberto Aguirre-Sacasa has blessed viewers with a clip of the emotional duet – something that would usually be held back for a DVD release.

“We hated having to lose this reprise of You Shine from the musical, [but] we did it because the episode ran long,” explained showrunner Roberto Aguirre-Sacasa in a statement.

“But we heard how much the fans wanted to see this Choni scene, so here it is! We’re thrilled people are so passionate about this relationship – we are, too!”

Check out the short but sweet scene below.

You can stream new episodes of Riverdale every Thursday on Netflix UK.