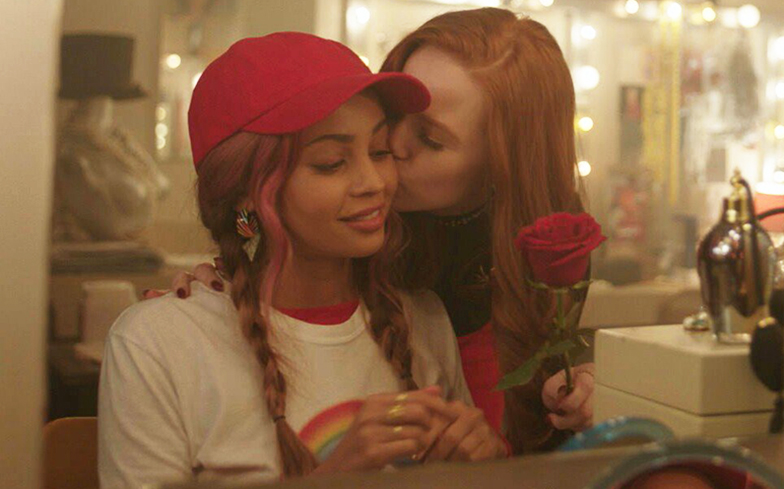 These deleted scenes from Riverdale are giving fans everything they want.

The hit TV series, which is base on characters from the iconic Archie Comics, is known for providing plenty of adorable couples for viewers to obsess over, but none gets us more excited than Cheryl Blossom and Toni Topaz.

While fans have quickly latched onto the couple, they’ve been left slightly disappointed by the lack of screen time they’ve been given, especially after one of the show’s writers teased some “really good stuff” for the couple.

But now, thanks to the DVD release of Riverdale: The Complete Second Season in the US, we’ve been blessed with a number of deleted scenes, many of which give us a more intimate look at Cheryl and Toni’s relationship.

In one scene, which is taken from Jughead’s documentary footage, Cheryl describes Toni as “the world’s hottest girlfriend”, which provides a cute moment of explicit LGBTQ representation.

Another sees Cheryl bring Toni a rose, before engaging in some serious flirtation.

“You are so hot right now,” says Toni.

“Tell me something I don’t know,” Cheryl responds.

Watch a compilation of all the deleted Choni scenes below.

It’s not the first deleted scene that’s given us more of Choni, as following the intense Carrie: The Musical episode, the show’s producers released a clip of a duet between the two love birds that didn’t make the final episode.

Elswhere, it’s been confirmed that Kevin Keller will be getting a boyfriend in season three, but that it will be “complicated”… then again, nothing is ever easy in Riverdale!

Riverdale is available to stream on Netflix in the UK.