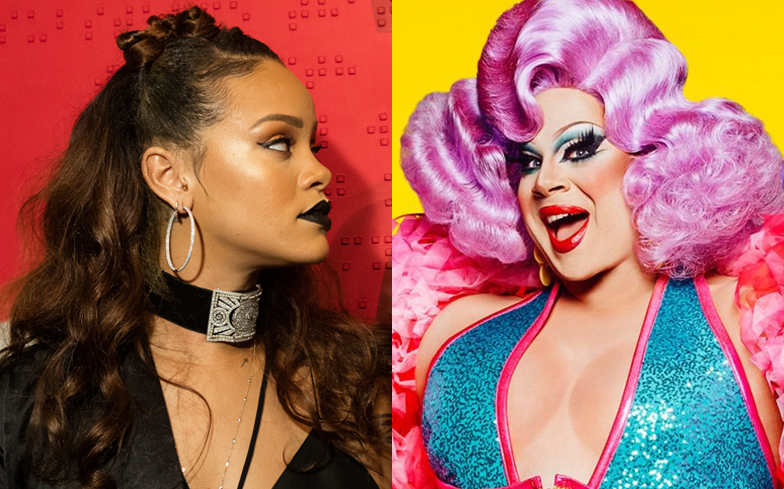 Last week, Drag Race star Nina West was eliminated from the series in sixth place, and the internet was in absolute uproar.

On social media, Drag Race fans and several former contestants blasted the show for eliminating the legendary performer, seeing as how none of the season 11 queens told RuPaul that the star should get the boot – they instead voiced for Silky Nutmeg Ganache or Yvie Oddly to sashay away.

It appears as if Rihanna was also unhappy with Nina’s controversial elimination, because the Barbadian superstar sent the queen a message. “Ending my night with a message from @rihanna – i am dead,” Nina wrote on Twitter. “Dead. Dead. I love you, RiRi.”

Nina didn’t spill the T on what Rihanna said to her, but we can only imagine it was filled with support and encouragement. Here’s hoping she follows in Lady Gaga, Christina Aguilera and Miley Cyrus’ footsteps and guest stars in the season 12 premiere? We think we speak for everyone when we say we need that Bitch Better Have My Money/Disturbia/We Found Love lip sync…

Ending my night with a message from @rihanna – i am dead. Dead. Dead. I love you, RiRi. 😳💀

They will write and record a verse in a performance of RuPaul’s brand new single Queens Everywhere.

It airs this Thursday on VH1 and will be available the following day on Netflix UK.

Related: Anne Hathaway bursts into tears after being surprised by her idol RuPaul.