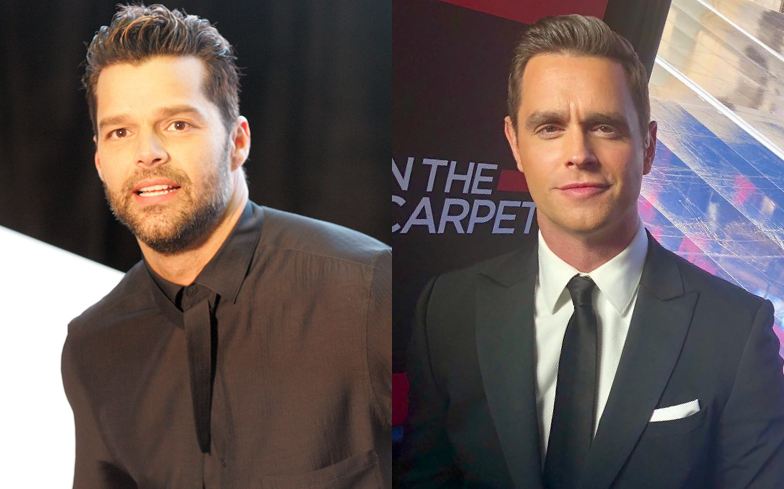 The Australian journalist – best known for covering Hollywood’s human interest and entertainment stories, such as the Oscars – received unanimous praise for opening up about his status.

“I’m a 37 year old HIV+ man who has been poz for almost ten years. I work in television,” he said. “And on the side of the camera where, for better or worse it’s considered “taboo” for people “like me” to be “like me”.

“For 10 years I’ve struggled with “do I or don’t I”? For ten years the stigma and industry professionals have said, “don’t! It’ll ruin you”. But here’s the thing. I’m me. I’m just like you. I have a big heart and I want to be loved and accepted.

“But, for anyone who has ever doubted themselves because of those scary three letters and one symbol, let me tell you this, you are somebody who matters. Your feelings, your thoughts, your emotions count. And don’t let anybody tell you otherwise. I’m Karl Schmid, and I’m an HIV-positive man!”

The American Crime Story: Versace star commented “Bravo!!!!!” on the ABC reporter’s newest Instagram photo, which saw Schmid praise fans for their continuous support. After Schmid thanked Martin, he responded: “no no no #THANKYOUKARL Thank you brave man.”

In the April issue of Gay Times, Martin also admitted that people close to him warned him to not come out in case it harmed his career.

“Everyone was like, ‘Don’t do it in public because that will be the end of your career’,” he said.

“You live with that fear, that you’ve worked so hard to get what you have, but you can’t be yourself… and then I came out and it was amazing. A lot of people say, ‘Well, if you had come out back then, maybe it would have ruined your career’, but I don’t think so.”

You can purchase Ricky’s cover for our April issue here.