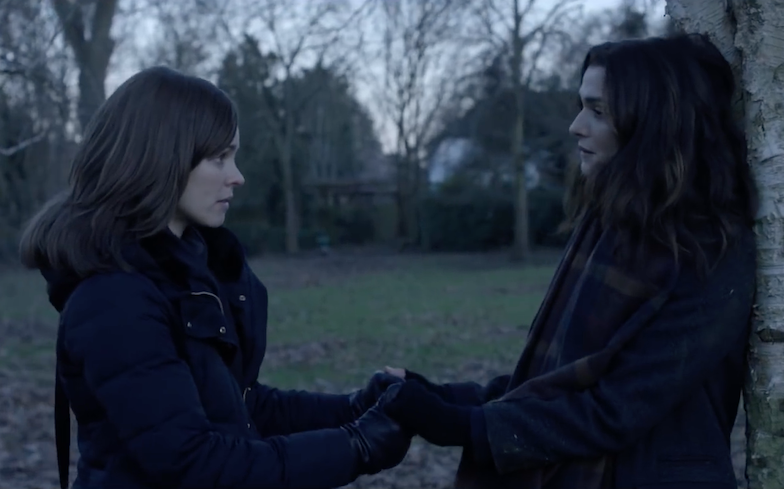 The film which stars Rachel Weisz and Rachel McAdams is about a forbidden romance between their characters, both of whom are Jewish. When Ronit (Weisz) returns home, following the death of her father, she seeks to rekindle her romance with her childhood friend, Esti (McAdams). The film is based off the book with the same name by Naomi Alderman.

One of the scenes in the film feature their characters, in an explicit sex scene. Speaking to the Mirror, Weisz said that the scene was “beautiful”. She then added: “Usually there’s little point to sex scenes, but in our story it’s a love scene that’s about freedom.”

In a separate interview with Entertainment Weekly last month, McAdams said about the scene: “Often, you’re trying to decide if it’s gratuitous or not. But this scene felt so integral to the plot and moving the story forward.

“The characters need this release to open up… There was energy to that scene that I haven’t experienced in any other sex scenes [with men] in my career. There was camaraderie to it.

“We both felt safe and free…. All those things that you love about being a woman, you get to be with [in the scene], so I understand the attraction and appeal to that in a sexual context.”