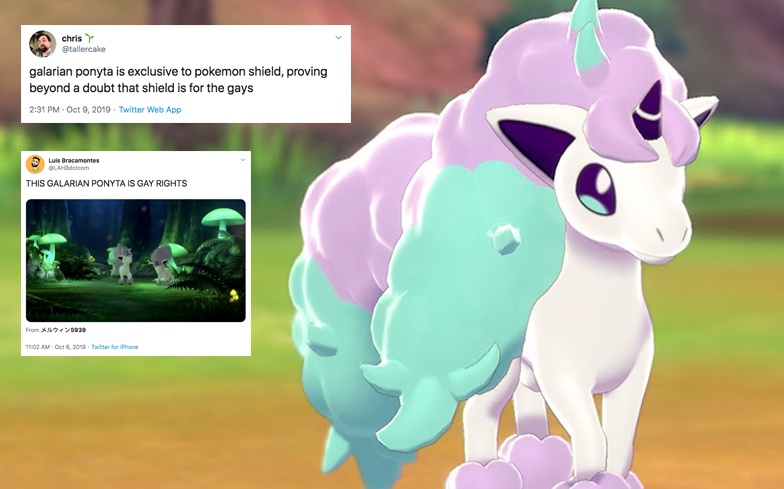 We’re only a month away from the release of Pokemon Sword and Shield, the latest generation in the long-running video game franchise, and this latest bit of news is doing nothing to calm down fans who’re eager to explore the Galar region.

The adorable pastel-coloured Pokemon unveiled at the end of last week’s 24-hour Sword and Shield livestream has been confirmed as a new Galarian form of Ponyta, which will be exclusive to the Shield variation of the game.

Galarian Ponyta is described as the “Unique Horn Pokemon” and will be found in a specific forest in the Galar region. It’s also listed as a Psychic type Pokemon, not Fairy as many fans believed it would be.

“It is said that they were exposed to the overflowing life energy of the forest over many generations, and this is why their appearance became unique in this region,” reads the new Pokemon’s official bio.

“Galarian Ponyta can absorb the life energy of the surrounding atmosphere and store it in its mane. It seems that Ponyta’s mane will become more colorful, and even emit a sparkling glow, if there is a lot of energy around.”

Galarian Ponyta will have two abilities; Run Away and Pastel Veil, the latter of which is described as an ability that prevents the Pokemon and its allies from becoming poisoned.

Unsurprisingly, it’s the unicorn-like creature’s appearance that’s been getting most of the attention, specifically from queer gamers – it’s adorable, pastel coloured, and has a cotton candy-like mane flowing from its head. What’s not to love?

“Thinking how bottoms have won once again with Galar Ponyta,” wrote one fan on Twitter, while another argued that the announcement proves “beyond a doubt” that the Shield version of the game is “for the gays”.

One Twitter user lovingly dubbed the Pokemon “pastel gay horse” which we’ll be using from now on.

Other fans pointed out that Galarian Ponyta’s colour scheme is very similar to the Trans Pride flag – white, pastel pink and pastel blue – and created original artwork and even soft toys based on the new Pokemon.

However, there are some fans who are less than happy that Galarian Ponyta isn’t a Fairy type Pokemon, given its appearance.

Pokemon Sword and Shield are released for Nintendo Switch on 15 November.