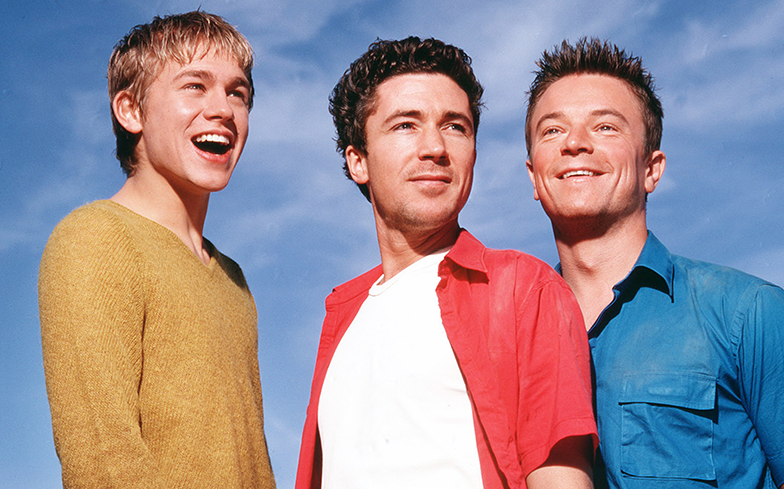 Get ready for a new generation.

Queer As Folk fans rejoice, because a rebooted series is officially coming to our screens.

The new show is considered a reimagining of the iconic Russell T. Davies series of the same name. It’s set to take place in New Orleans and follow a group of friends as they navigate life after experiencing a tragic event.

The original Queer As Folk was set in Manchester, England.

Stephen Dunn will be leading the series as creator, writer, director and executive producer.

Davies took to Instagram to express his excitement for the new series while praising Dunn and his vision.

“Scream it’s American, it’s set in New Orleans, all-new characters, it’s written by a brilliant man called Stephen Dunn, I can’t wait to see what he does with it,” he gushed.

“My credit is just nominal, really, it’s all theirs! So excited for them. Ordered for the Peacock streaming service in the US. No idea yet if it’ll come to the UK. Exciting!”

Dunn also released a statement about helming a new iteration of the groundbreaking property.

“It is a surreal honour to adapt the notoriously groundbreaking series by Russell T. Davies,” he said.

“When the show originally aired, the idea of unapologetic queer stories on TV was so provocative that I felt I could only watch Queer as Folk in secret.

“But so much has changed in the last 20 years and how wonderful would it be if the next generation didn’t have to watch Queer as Folk alone in their dank basements with the sound muted but with their family and friends and the volume cranked all the way to the max.”

When discussing the importance of the reboot, the President of Scripted Content, Lisa Katz, stated: “Queer as Folk was more than just a show, it was a ground-breaking and necessary voice for so many people.

“Stephen’s new version for Peacock arrives at yet another pivotal moment in our culture.”

She continued: “Alex Sepiol, EVP of drama programming, and his team have championed this project from the first moment it landed on their desks, working to ensure the script became the series we’re announcing today.

“The entire team is so excited to be part of introducing a new generation to this type of authentic and affirming storytelling.”

This isn’t the first time that Queer as Folk has received the reboot treatment. After the original UK show aired its 10-episode season from 1999-2000, Showtime released an American version that was set in Pennsylvania.

We can’t wait to follow a new generation of LGBTQ+ characters.