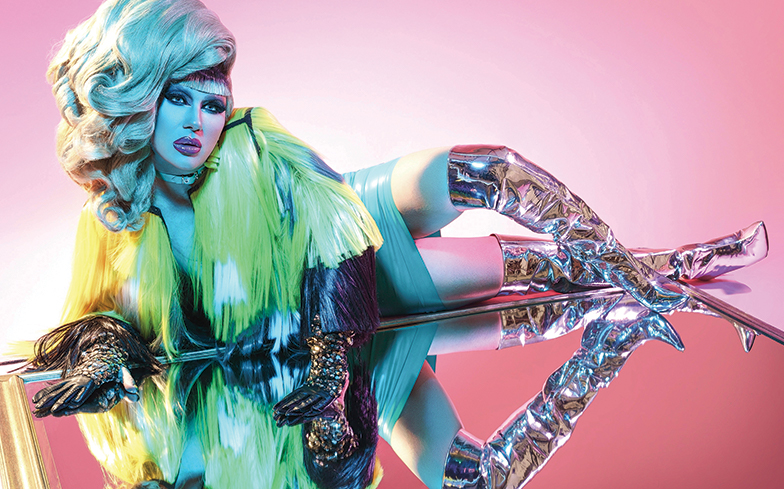 Jodie Harsh’s iconic status has been secured over the years through her many club nights and parties, and her reign over London’s queer nightlife is the stuff of legends. Regularly hosting diverse parties in safe spaces where uniqueness and individuality are honoured, while judgement and bigotry are removed at the door.

In the new issue of Gay Times, we caught up with Jodie on her upcoming projects, the perfect night out and the closing of London’s queer spaces.

“I think it’s very important we try to save these places and that begins with being a patron, even just occasionally. The internet is a great place but it doesn’t offer physical contact and interaction which is essential development for a human.

We have to step outside and away from our screens and go to queer spaces to meet people, dance, celebrate our queerness, be entertained, get laid. Basically, LET’S GO OUT!” On why Jodie isn’t as politically vocal as some of her other drag siblings, she reminded us of how important it is to escape from reality every now and then.

“We need more people fighting that fight for sure, but my platform provides a form of escape and entertainment via nightlight and music – things I believe are important. I might not bring much of a political voice to the party but I hope to bring some little bits of joy and some escapism in these dark times.”

You can read our full interview with Jodie in the latest Gay Times.

You can buy a copy from our newly-launched Gay Times store here.

Boy George covers the relaunched, new-look magazine, speaking about his plans for a Las Vegas residency, which Queen of Pop he’d like to duet with, and addressing those rumours of an unreleased track with the late George Michael.