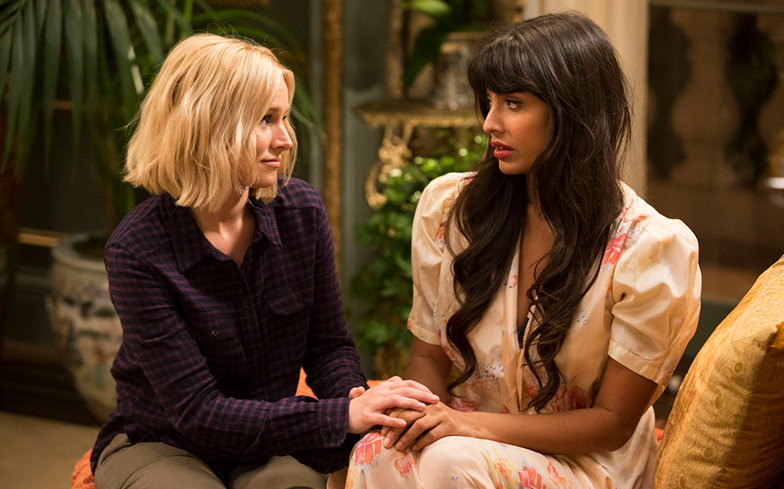 The series has hinted that its lead character is bisexual.

Creator of The Good Place, Michael Schur has confirmed that the series will be ending at the conclusion of its next season. Speaking to The Hollywood Reporter, he said that the series was never intended to be something long-running.

In the interview, Schur confirmed that he had always intended for The Good Place to last for four seasons. He added that he had only informed the writers that this was his plan, saying that he had been open to the possibility of extending it past his original vision.

“The nice thing about TV shows nowadays is it’s not a forced marathon,” he said. “You can let the idea dictate the number of episodes that you actually do, which is great for creativity.”

Speaking about how the cast reacted, Schur said: “They were surprised and saddened. But then quickly not surprised or saddened because it’s been really fun to make this show.

“They get along really well and have all become really good friends. They’ve have this special journey that they’ve been on and their careers are all exploding.”

He added: “Everybody at the end of the day is happy that we’re going to end it the way we started it: at a breakneck speed, with a lot of crazy, wild twists and turns.”

Tweeting about the end of the series, Jamella Jamil, who plays Tahani Al-Jamil, said: “YOU HEARD CORRECT, This next season is the FINAL season of @nbcthegoodplace because Mike Schur is the classiest motherforkingshirtball ever and wanted to leave you at the right time in the right way. We love you and we hope you love our goodbye. #teamcockroach4ever”

Earlier this year, Jameela said she was “down” for her character to have a romance with Kirsten Bell’s character, Eleanor. “I love the fact that [my character] and Eleanor [Bell] have this friendship and they kinda form a rivalry,” she told Stylist.

“If anything, it’s kind of a sexual tension that fans seem to have picked up on between me and Eleanor, which is great.”

And one of the show’s other stars, William Jackson Harper, who plays Chidi Anagonye on the show, confirmed that Eleanor is “super bisexual” and that a romance between her and Tahani was possible.

Here’s hoping that the pair will become a couple in the final season.