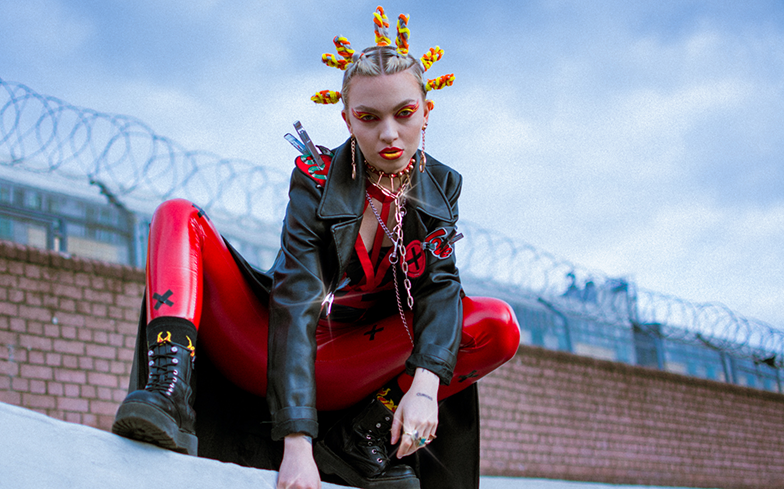 July Jones is on fire in the music video for Liar Liar.

In the stripped-back vertical video, the Slovene-British pop princess performs the explosive pop anthem dressed like the lovechild of Spike from Buffy and Anjelica from Rugrats, and we are obsessed.

“As much as I’m a musical artist, I am absolutely in love with visuals. I see songs in colors and pictures,” she told us. “Every time I write I associate songs with a color palette. The video to Liar Liar is super simplistic, but it captures the essence of the song.”

When we recently spoke to July, she said the song is “a reflection of social media and mental health” and her aim is to “talk openly” about taboo topics in her art, even if it makes listeners uncomfortable.

“When I started suffering with mental health and anxiety, I reached out to my fans and I was like, ‘You know what? I am not okay.’ The response I got back was absolutely insane,” she revealed.

“People were like, ‘You know I was thinking of committing suicide a month ago but I’m good now,’ and it’s shocking, and it encouraged me to speak out about all those things and be really real.”

Read our full interview with July Jones here and watch her incredible vertical video for Liar Liar below.