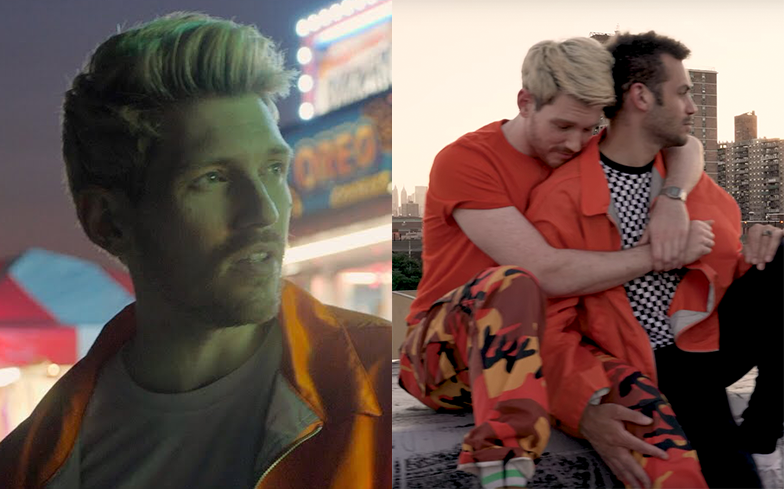 “I wrote this song to remind myself that the best moments are in the present.”

Gregory Dillon has unveiled the music video for his nostalgic, 80s-inspired romantic banger, Where We’re Going.

The stunning clip is interspersed with scenes of the rising retro pop star at a pop-up carnival (which he says happened by accident) and on a rooftop with his love interest as they watch the sunset.

“We came across a pop-up carnival and immediately took it as a sign from the universe that we should commit to these beautiful rides,” Gregory told us of the video. “What I took away was that paradise hits when you least expect it.

“Also have you seen Toy Story 4? I watched it last night and was like, ‘Oh my god it’s my music video!'”

Gregory also said the track “sums up all the nervous excitement” that came from his most recent relationship.

“Like the song title admits, I had no clue where we were going,” he added. “I was both anxious and thrilled. “I wrote this song to remind myself that the best moments are in the present and not to worry so much about the unknown.”

Where We’re Going will appear on Gregory’s upcoming debut album, Send Me Letters, which is due for release later this year. It follows bops such as Alien Boyfriend, Love Again, Painted Blue and Alone With You.