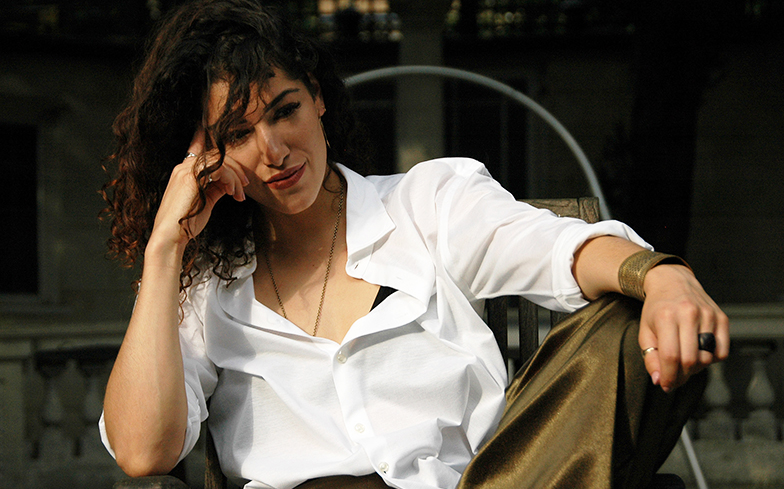 Naomi Banks is back with incredible new single Hearts.

After dropping two acclaimed singles Enough and Daydream last year, the soulful London-based singer-songwriter has shared her first new single of 2019 – and it premieres here exclusively with GAY TIMES.

“I was sent the chord sequence by my producer when I was away. I just sat down and recorded into my phone an improvised vocal line which ended up being almost exactly what I used for the final track,” she tells us of the track’s creation.

“I had been dating someone until a week prior to this, so she was my inspiration lyrically.”

The addictive song tells the story of a failed romance with the help of honest lyrics and an explosive chorus that’s begging to be sung out loud, showcasing Naomi’s dreamy and powerful vocals as she soars over feel-good beats.

“We wanted to use a bossa pattern for something so it was aimed to be pretty jazzy, but then I felt like it needed a drop and a bit of a style shift so that’s why it ended up as it is,” she explains of the song’s more pop-leaning sound.

Naomi describes her sound as neo-jazz, taking influences from “old school jazz artists and electro swing” and the artists she loved growing up, including The Carpenters and The Beautiful South, who she “always came back to” for inspiration.

As she speculates the prospect of a full-length album coming soon – “the material is there,” she teases – Naomi has announced a headline show at Laylow in London on 21 November this year, and tickets are available here.