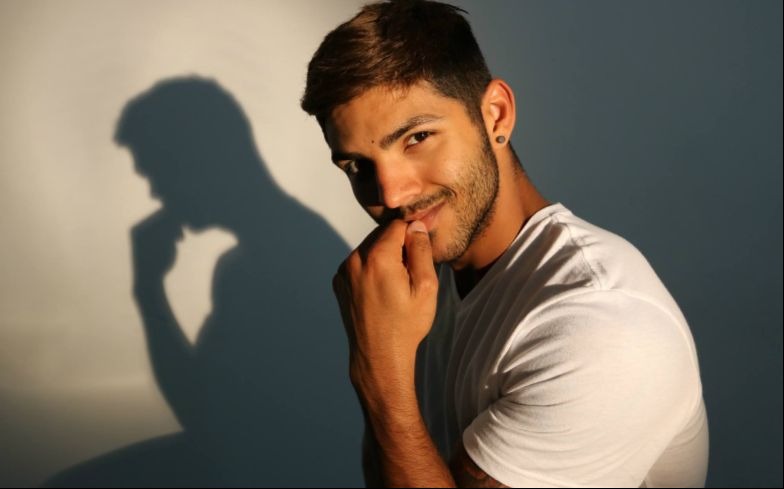 The Tucson-based singer has released his latest song.

Matthew John, a singer based in Tucson, Arizona, has released his latest song, Here & Now. The heartfelt song is about being in the present moment and yearning for a love thought lost in this trying time.

The song is a great encapsulation for how many LGBTQ people may currently feel during the coronavirus pandemic, as they are forced to self-isolate away from their partners.

Speaking to GAY TIMES about the song, Matthew said: “The song was inspired by those ‘aha’ moments when things just click. When you drop everything you’re doing to go after something.

“To me, that is what love is worth — and being there for the people and ones you love the most.

“It can be interpreted by the listener however they feel it, but to me it’s about taking advantage of the moment and the time we’re given to focus solely on love and even though in the song I use the words ‘waiting for you darling here & now’ more in a romantic sense — it still means I’m here — all in — all yours and I’m not going anywhere.”

You can listen to the Here & Now here or below. Here & Now is also available on streaming services such as Spotify, Soundcloud and Apple Music.

The bisexual singer has previously penned songs like Crooked, Voodoo and On my Own, but he is also known for the wedding song, everything.

When it released in 2018, Matthew said that he had been unable to find a “unique mother-son wedding song” to play at his own wedding. Surprisiging his mother with the song, she was “instantly filled with the aura of love, peace, emotions, and true affection.”

Matthew dedicated the heartfelt wedding track to the bisexual community, and other members of the LGBTQ community, adding that the “music is exceptional, and there is a high chance that almost everyone who hears it will fall in love with it.”