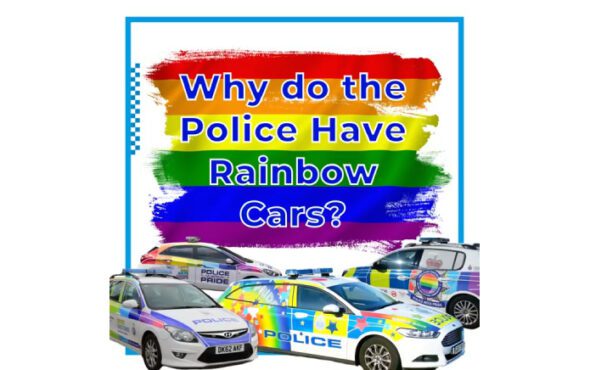 Police are facing criticism for painting rainbows on squad cars in a bid to “give confidence” to the LGBTQ+ community.

The brand new “hate crime cars” have been introduced in an effort to encourage people to report attacks they experience to the police, particularly those that occur online.

Julie Cooke, a Deputy Chief Constable working at Cheshire Police, said: “Cars are there in the communities on normal policing patrol just to show the community that we want you to come forward.

“It is there to try and give confidence to our LGBT+ community, but also to other under-represented groups.”

DCC Cooke, who is the National Police Chiefs’ Council’s (NPCC) lead on LGBTQ+ issues, explained that although the cost of the cars is “quite minimal”, the impact they have is “huge”.

According to a spokesperson for the NPCC, figures on how many cars had been painted and are in operation are unavailable as it is up to individual forces to decide how many they convert.

A video shared on the yourpolice.uk Instagram page shows images of the cars, as well as an explanation for why they are in use.

The post was met with a mixed response, with one user saying they are “happy” about the inclusive vehicles and another saying that they “don’t know how this helps me” as a gay person.

Responding to the latter, Rob, the person posting on the Instagram account, wrote: “Lots of people from the LGBT community experience homophobic or transphobic hate crimes and this is often massively under-reported to the police.

“By using pride flags and showing the community that the police respect them and will take them seriously more people are likely to report all sorts of crimes. Hope that helps explain it.”