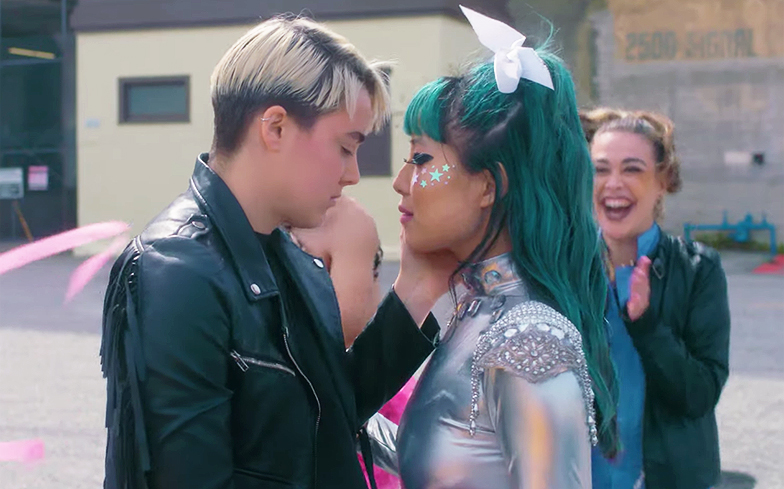 It’s Grease… with a queer twist.

Polartropica, the musical endeavour from Los Angeles-based “space-pop” artist Ihui Cherise Wu, have released a dreamy music video for new single In Another Life, which is inspired by the 1970s musical and its iconic imagery.

“In the LGBTQ world, a popular slogan we use is ‘Love is Love’ and I wanted to take a deeper dive into that,” Wu explained.

“I’ve always felt that, as humans we are all so interconnected, and sometimes we can even feel or have a bond with someone that we’ve never met before or come from a completely different religion, culture or upbringing.”

In Another Life is the first of a trilogy of music videos promoting Polartropica’s new album Dreams Come True, which is expected to drop later this year.

Watch the video for In Another Life below.