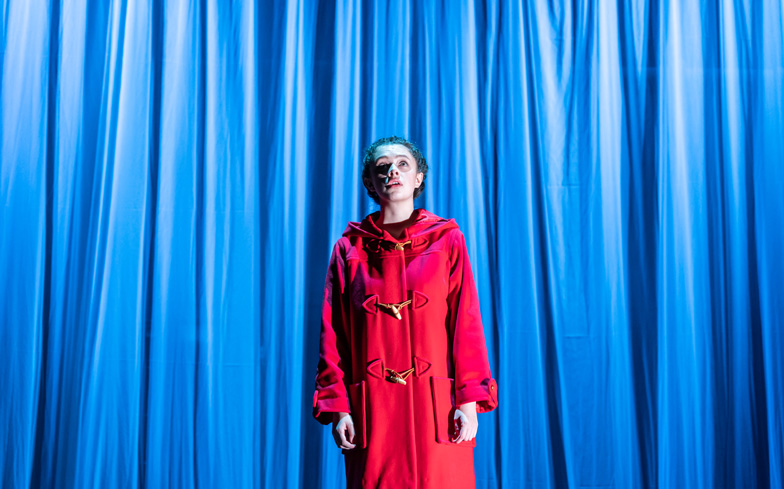 The latest in the Pinter at the Pinter series is a frustratingly inaccessible pairing, featuring two of the playwright’s more peculiar plays.

The Pinter at the Pinter season – which collects all 20 of the playwright’s short plays across a number of performances at the Harold Pinter Theatre – is something of a mixed bag. We were recently impressed with Pinter Three, which presented a wonderfully balanced programme by interweaving some of his more challenging pieces with numerous short sketches providing comic relief. Pinter Four is a more difficult prospect, providing two challenging pieces back-to-back.

Act one presents 1993’s Moonlight. It tells the story of Andy (Robert Glenister), a middle-aged man on his deathbed, questioning why a good, hardworking man such as he should die at his age. His long-suffering wife Bel (Brid Brennan) sits cold and uncaring at his bedside while he recounts his youth, loves, lusts and betrayals. Over the course of the play we are given snippets of information and brief insights into the lives of his estranged children and his former friends and lovers.

Moonlight frustrates in that it’s so obtuse as to be borderline inaccessible. We got the general gist of the story, but there were so many hints and cryptic moments in the dialogue that we couldn’t decode them all. It presents far too many fragments of the puzzle and leaves rather too much for its audience to piece together – it was all just a bit too mentally exhausting for us to fully engage with.

Act two presents 1979’s Night School, which is a similarly challenging proposition. It focuses on the life of Walter (Al Weaver), a young fraudster who has returned home from a stint in prison to find his room has been rented out to a school teacher (Jessica Barden) at the invitation of his aunts. This production is spiced up a bit in comparison to its predecessor with the introduction of a live drum kit on stage and the creation of a night club space, but we found the story to be equally obtuse.

The narrative may be simple enough to follow, but Night School never really explains the reasons as to why events unfold the way they do and is never explicit in its characters’ motivations. As such, much like Moonlight before it, we could see how the play’s ending was reached, but were left scratching our heads as to why. Sadly we felt that neither play offered anything close to a satisfying conclusion.

It’s disappointing as Pinter Four is certainly not without its merits. Both plays have some interesting and entertaining moments, and the quality of the acting is generally strong throughout. It’s just a shame that both are so cryptic; Moonlight and Night School are two difficult and peculiar plays, and Pinter Four, as a production, never really comes together as a cohesive or rewarding whole.