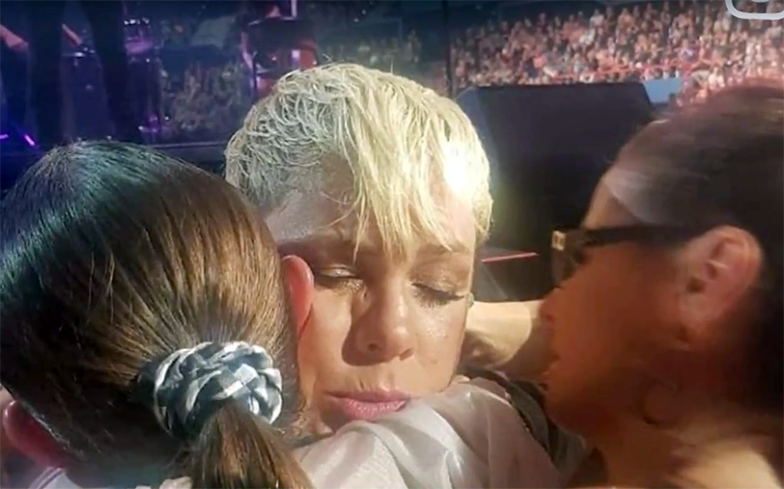 Pink stopped her performance in Brisbane, Australia (20 August), to comfort a fan whose mother passed away.

During the show, the American singer-songwriter spotted a banner, which heartbreakingly read: “Hi, my name’s Leah. I’m 14 years old and I just lost my beautiful mum. I would love a hug.”

She put a halt on the performance, and the crowd parted so Leah and her aunt Katrina Donkin could move up to the front row.

According to Katrina, Pink held Leah and assured her that everything was going to be okay. She said, “And Leah’s only 14, she’s a teeny-tiny little thing and she just sobbed uncontrollably in her arms. Pink was just so genuine.”

Leah’s mother Debbie was reportedly a huge Pink fan, and was originally due to attend with a friend.

After she tragically passed away in June, Leah decided to honour her mother – as they often bonded over the pop icon – and attended with her friends and family.

In an interview with The Courier Mail, Leah said: “Pink read our sign and straight away said, “Where’s Leah?” She came down the stairs and gave me a big, long hug.

“She told me that I looked pretty. She said “oh don’t cry”. She said that everything was going to be okay. Then she signed my arm and we took a selfie. It meant everything. It was a dream come true.”

Watch the touching moment below:

So this happened last night!!!!! @pink (don’t mind my face, I was crying ALOT)