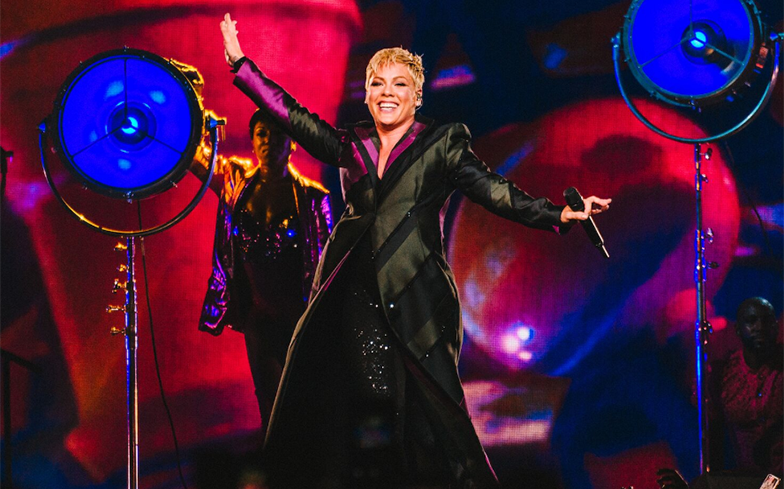 Pink has announced five stadium shows in the UK as part of her Beautiful Trauma World Tour.

The iconic performer is set to kick off at Cardiff’s Principality Stadium on 20 June, followed by shows at Hampden Park in Glasgow, Anfield Stadium in Liverpool and Wembley Stadium in London.

Other than her critically-acclaimed headline appearance at V Festival in 2017, these will be Pink’s first live shows in the UK since her The Truth About Love Tour in 2013.

The Beautiful Trauma Tour – which she has already taken to the US, Canada, New Zealand and Australia – is in support of her seventh studio album of the same name.

The record topped the charts in Australia, Austria, Canada, France, Ireland, New Zealand, Scotland, Switzerland, the UK and debuted at number one in the US with 408,000 album-equivalent units (a career high).

It has sold over three million copies worldwide, and spawned four singles so far: What About Us, Beautiful Trauma, Whatever You Want and Secrets.

The former was nominated for Best Pop Solo Performance at the 60th Annual Grammy Awards and became her ninth number one in Australia. Since her debut in 2000, Pink has won three Grammy Awards, a Daytime Emmy Award, sold 57 million albums and has 15 top ten singles in the US and 19 in the UK.

She also received the prestigious Michael Jackson Vanguard Award at the VMAs.