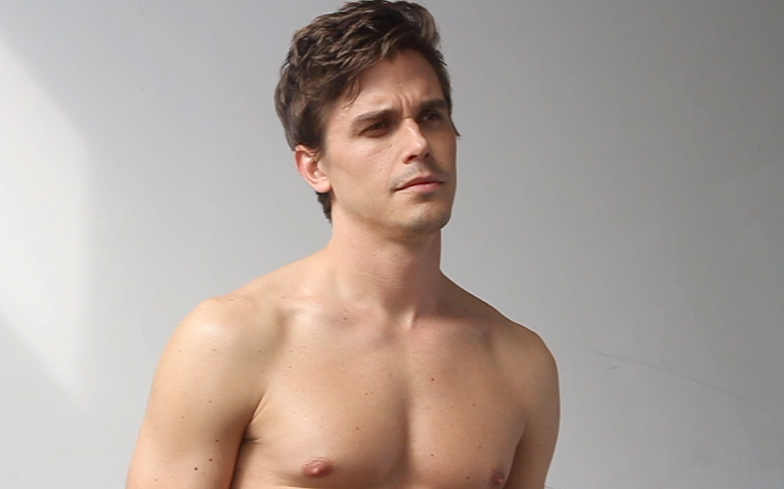 The celebrity photographer snapped Queer Eye foodie Antoni in just a pair of white Calvin Klein briefs for a steamy new series, with both men sharing photos on their Instagram profiles over the past week, getting a great response from fans.

But it seems the photos (which you can still see in the tweet below) were deemed too much for Instagram, and were removed from Baker’s profile for violating the social media platform’s guidelines on “nudity and pornography”.

We’re assuming the offending photo is one that saw Antoni with his hands down his pants (literally). Baker has since responded to Instagram’s decision to remove the images by accusing them of ‘failing’ artists with their limitations.

“There was nothing pornographic or nude about my pictures of Antoni but Instagram deleted the post so now I’m sad and upset,” he wrote on Instagram stories.

“WTF is so offensive about a human body? We all have one!”

“Earlier this was removed from [Stella’s profile] and flagged as inappropriate,” Jordan wrote at the time. “This is discriminatory and archaic and violates our right as a couple.”

After facing criticism from the LGBTQ community and stars including Olly Alexander and Jade Thirwall, Instagram issued an apology, explaining: “This post was removed in error and we are sorry. It has since been reinstated.”