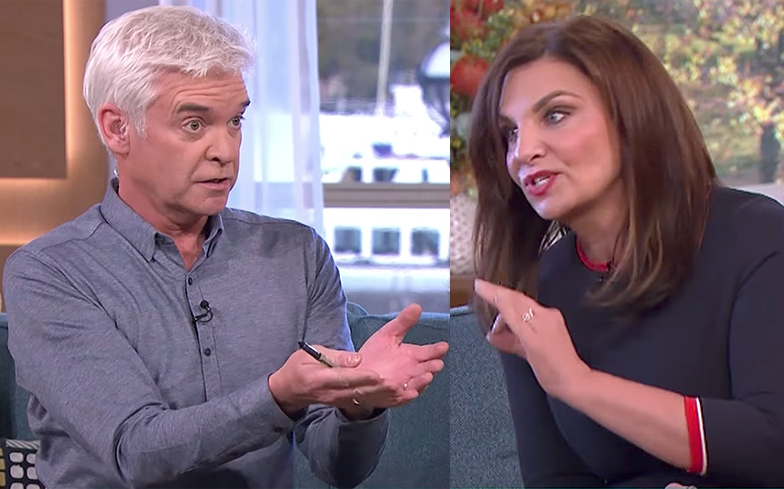 As discussion around trans equality in the media becomes even more vitriolic, ITV’s popular breakfast show This Morning invited a woman who claims that children shouldn’t be allowed to identify as trans to speak on the show.

Andrea Williams, the CEO of campaign group Christian Concern, appeared alongside and in support of Joshua Sutcliffe, a teacher who was recently suspended from his job for allegedly misgendering a trans student.

But while the discussion was meant to focus on Joshua’s suspension, it quickly spiralled into a debate between Andrea and host Phillip Schofield about the correct approach to children who identify as trans in schools.

“We’re born in the image of God, male and female, and actually in a society that’s confused that’s a fantastic message of hope, and I think that’s something that society is crying out for,” Williams argued.

“The kindest thing we can do in that situation is to help the child with the gender identity disorder and help them to live in the body that they have, and not force all the other children [to accept them].”

Phillip then asked if she would “help” children who identify as gay to become straight, suggesting that her views are akin to that of conversion ‘therapists’ that attempt to change a person’s sexual orientation.

“I’m finding this utterly abhorrent,” Phillip replied, ending the interview by remarking: “We’ll get back to the show, and back to 2017 and not medieval Britain, in just a moment.”

Watch the intense debate below.