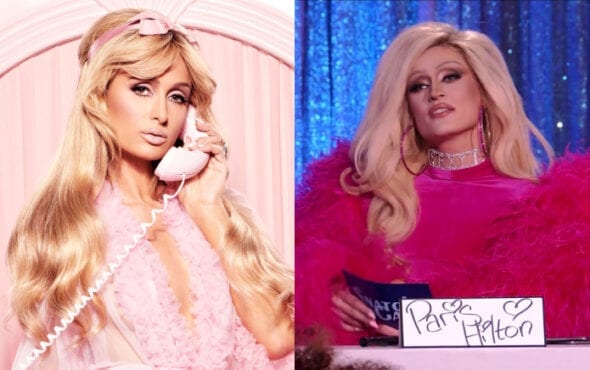 Paris Hilton is sliving over Gottmik’s impersonation on Drag Race.

On last week’s episode, the nine remaining contestants of season 13 flexed their improvisation skills as they participated in the franchise’s staple maxi-challenge, Snatch Game.

Gottmik chose to follow in the footsteps of Raven’s critically-reviewed performance in season two (the first ever Snatch Game!) as socialite, businesswoman and songstress Paris Hilton. (Stream Stars are Blind and Nothing in this World for clearer skin, etc.)

Her impersonation earned rave reviews from the judges for her eerily accurate homage to Paris’ nasally monotone voice and self-described  “Barbie airhead” persona.

Following the episode, Paris praised Gottmik’s performance on social media with her signature phrase, “That’s hot”, before telling the queen that she “killed” it.

“Sliving for you FOREVER ICON,” replied Gottmik (“sliving” is another Paris-coined catchphrase in which she combines the words “slaying” and “living”).

Icons honouring icons. In the words of Paris, “Loves it!”

Gottmik memorably made history for RuPaul’s Emmy Award-winning franchise this season as the first ever trans male contestant.

On this week’s episode, the eight remaining competitors are challenged to make over each other into their own drag dopplegangers.