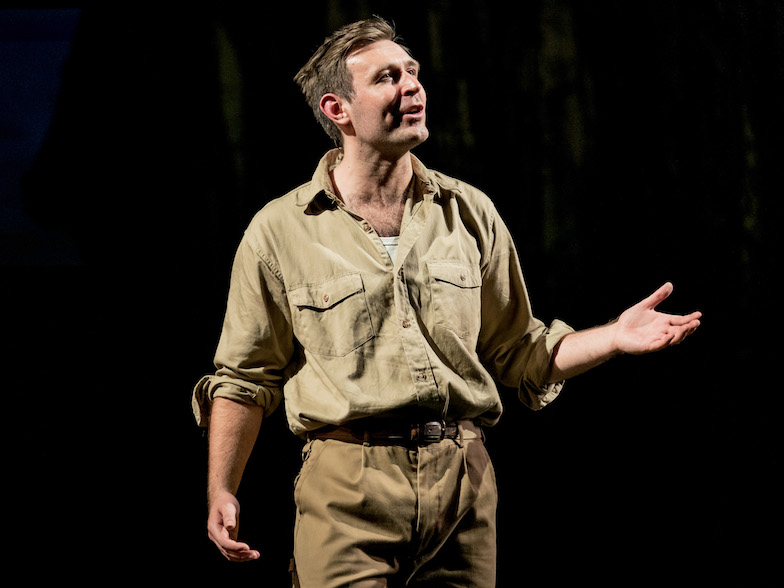 Henrik Ibsen’s Peer Gynt has been re-imagined by David Hare at the Olivier Theatre, in a new production directed by Jonathan Kent and starring James McArdle as the rebellious antihero.

Peter Gynt is a play with a lot of potential. From the opening scene it is evident that this is going to be an extravagant and large-scale production, and the initial exchange between Gynt and his mother is entertaining and amusing enough. The set design is impressive and there are a handful of humorous quips at our protagonist’s expense. Sadly, it’s all rapidly downhill from there.

The structure of the piece is fundamentally flawed. At three and a half hours, with two intervals, it’s at least one hour and one interval too long. The interesting moments are spread far too thinly, resulting in a tedious and laborious retelling of the Peer Gynt story – which was not lost on the audience, which noticeably thinned at each interval. Much had been made of this show’s music, too; while we appreciate that replacing Grieg’s Peer Gynt Suite would be no small task, this handful of uninspired and predictable songs fell well short of the mark.

This is a disappointing and clichéd modern adaptation of Ibsen’s original text. While the story is reasonably intact, it’s portrayed in a modern setting full of lazy political jibes. Terms such as “squeezed middle” and “just about managing” are thrown around as if they were still culturally relevant. A wealthy businessman wearing a red tie who owns a golf course in Florida is an unsubtle and obvious analogy. Using the invasion of Iraq to rewrite Blair as one of history’s most monstrous dictators is played for a cheap laugh, and receives a deservedly lukewarm response from the audience. A clunky reference to a Brexiteer recycles the same tropes we’ve now been seeing on the stage for years.

We’re disappointed that the National has misfired so badly here. We tried really hard to look for redeeming features; and while we’ll acknowledge that there are a handful of reasonable performances on show, and that the set designs generally look nice, this feels very much like clutching at straws in the context of a completely broken concept. Life is far too short for bad theatre, and weighing in at well over three hours, Peter Gynt is best avoided.