Nina West releases Treat Yourself, encouraging gay men to get tested for HIV 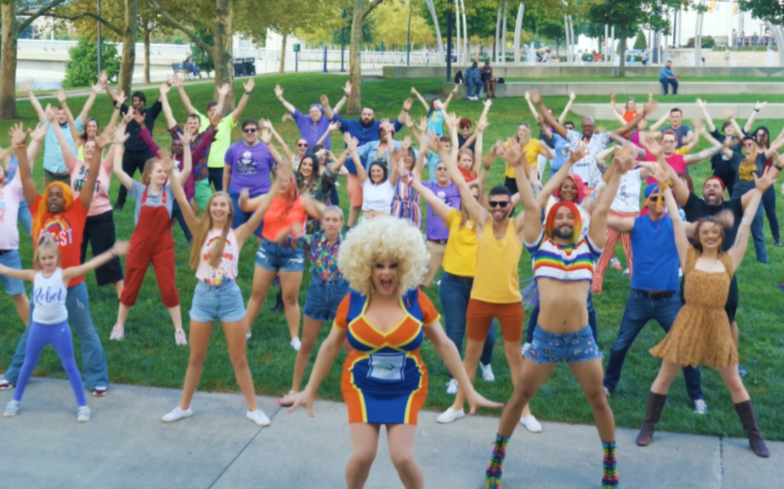 Since appearing on the Emmy-award winning RuPaul’s Drag Race, Nina West has won the hearts of the world. Following her elimination, Nina released an album of children’s music, and channeled Mrs Doubtfire in the video for Drag is Magic.

And her latest song and music video, Treat Yourself, continue in her tradition of promoting inclusiveness and joy, as it promotes a healthy self-care message throughout. The song premiered yesterday (27 September) for National Gay Men’s HIV/AIDS Awareness Day.

Treat Yourself sees Nina treat a friend, played by Mark Kanemura, who’s been having a rough time with a day of treats including a shopping spree, hair cut and manicure and delicious sugary treats.

During a rap section, which takes place in a pharmacy, Nina raps various ways to stay safe including getting a flu vaccination and wearing your seatbelt. She also highlights a HIV home testing kit, and “Yep, it’s the same one doctors use.”

At the end of the video, Nina says: “Hey guys, Nina West here. I hope you enjoyed treating yourself as much as I did making it.

“But in all seriousness, keeping our communities vibrant means owning our health. And to do that, we should know our HIV status. OraQuick makes it simple and easy to do, whether you’re on the go or in the privacy of your own home. Get the results you seek on your terms.

She ends by saying: “Knowledge is power, and we want to have power, don’t we?”

Treat Yourself will officially be released on 4 October, and all proceeds from an iTunes purchase will go towards the LGBTQ healthcare non-profit organisation Equitas Health.

Watch the video here, or below.