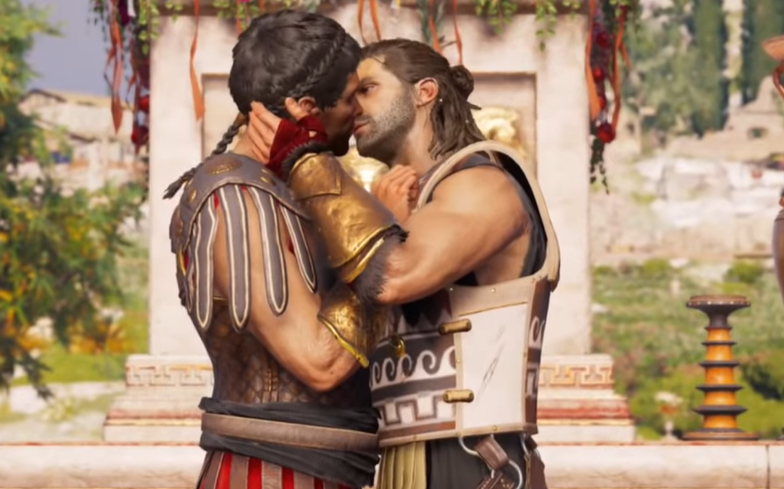 Gamers were furious that the latest DLC for Assassin’s Creed Odyssey forced their characters into a straight relationship.

Assassin’s Creed Odyssey earned praise upon its release for allowing players to romance characters of either gender during a playthrough. However, the game’s latest DLC update forces players into having a straight relationship.

Like previous updates, if players complete the main storyline, they will earn an achievement, but in order to earn this achievement, the player must have either Alexios or Kassandra romance a member of the opposite-sex in order to further their bloodline, and they are the only romance options available.

Speaking to Gay Star News, Matt Hardwick the founder of London Gaymers said that the game “quite rightly won praise from LGBT audiences, but for a game that provided options for players to explore LGB identities and choices within the main game, it’s disappointing to see that this hasn’t been carried through to the DLC.

“At best this is a lazy or insensitive writing choice. At worst, it’s potentially a demonstration that the Ubisoft writers didn’t want to tell any LGB story at all, which is why some fans have suggested that LGBT audiences were being pandered to with the initial release of the game.

“From a gamer’s perspective regardless of their sexuality, what’s the point of additional downloadable story missions that ignore the choices made by the player in the main game?

“Whilst I appreciate the difficulty of making story and code changes after release, it wouldn’t take much to rectify this with a patch or later DLC. That’s something we hope to see.”

Jonathan Dumont, the creative director of the game apologised to players, saying: “We want to extend an apology to players disappointed by a relationship your character partakes in. We missed the mark.

“Our goal was to let players choose between a utilitarian view of ensuring your bloodline lived on or forming a romantic relationship.” He added that their idea was “poorly executed.”