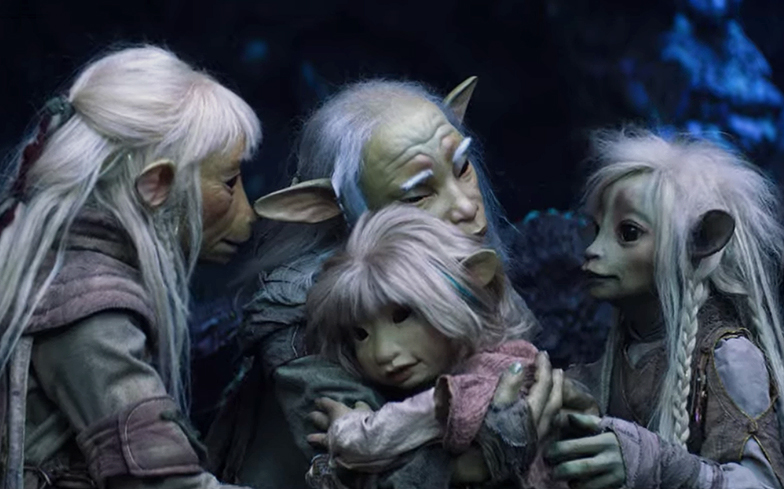 Netflix has another LGBTQ-inclusive hit on its hands.

Almost four decades after The Dark Crystal was released, the cult classic Jim Henson movie has been given a prequel series called Age Of Resistance on streaming service Netflix, and fans are celebrating its inclusion of queer characters.

The series follows a group of Gelflings as they battle to save their home planet Thra from power-hungry overlords, and features a stellar voice cast including Taron Egerton, Nathalie Emmanuel, Eddie Izzard, Awkwafina and Helena Bonham Carter.

One of the main Gelfling characters, Deet, lives with two adult males and later confirms she has “two fathers and a younger brother” when talking about her family – a detail that is treated as unremarkable.

Fans have also celebrated that there is (according to EW and BuzzFeed) a lesbian relationship between two Gelflings – Onica, voiced by Game Of Thrones star Natalie Dormer, and Tavra, voiced by Outlander actress Caitriona Balfe.

Fun fact: One of the same-sex dads in the show is voiced by openly gay actor Charlie Condou, who soap fans will know as Marcus Dent in Coronation Street.