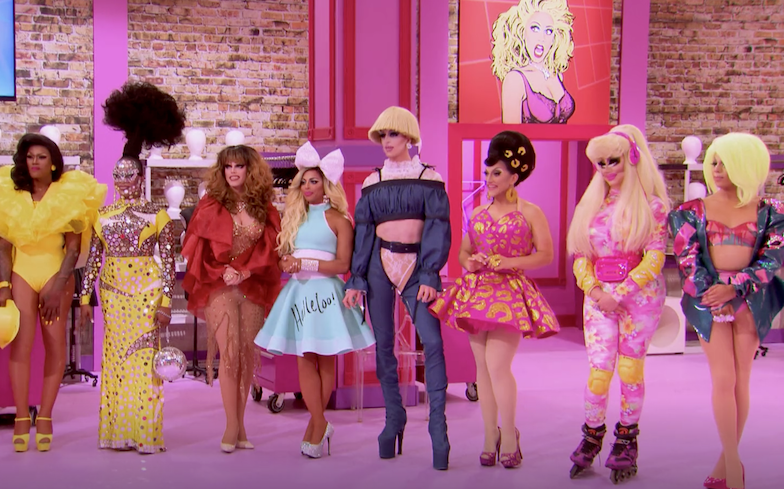 Ever since the new series of All Stars premiered, Drag Race fans have been concocting the wildest conspiracy theories about how the season will develop.

The first theory – which stemmed from a Facebook post by user Chris White – claimed season one winner Bebe Zahara Benet was competing as a mole for RuPaul, rather than a contestant… which does fit in with the recurring Handmaid’s Tale theme. Could you imagine?!

Fans are now suspecting that Bebe is actually there to help previous All Stars winners Chad Michaels and Alaska pick who will ru-turn to the competition.

She told Gay Times: “A lot of people keep saying Bebe is a mole, but no. I don’t know anything about a mole. I think that whole theory is like, ‘werk’, I guess?

“I think that the Drag Race fanatics have looked really deep into that aspect, and unless there’s something I don’t know… I feel like I was on a different TV show at times!”

While she couldn’t reveal too much about the upcoming twist, Aja did tell Gay Times: “I’m gonna say this. There’s a few gags, and I think it’s something Drag Race has never seen before. Similar to the finale in season nine, queens lip-syncing for the crown. “This season, queens will make choices, things will happen, and some actions have consequences. It’s gonna be crazy. I can’t wait to see people’s reactions!”

Whatever the twist is, we’re sure it will be gag-worthy!

Related: Here’s your first look at the next episode of Drag Race All Stars 3.