Must see: Epicene with Paul Diello 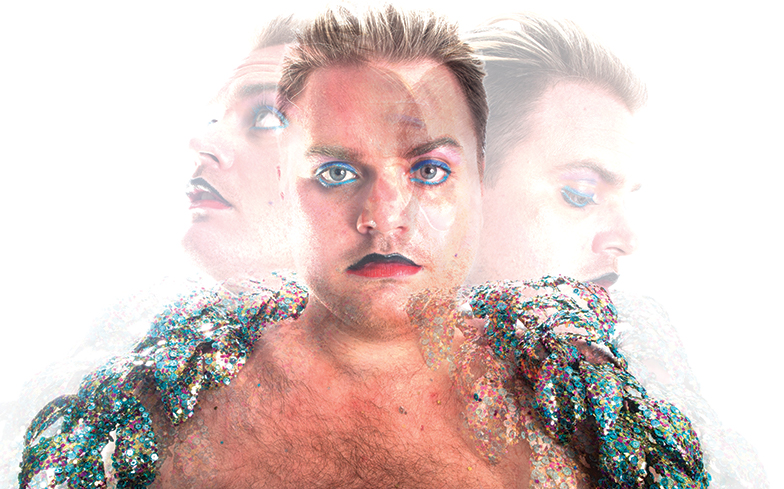 Paul Diello invites you to his gender-blending celebration of iconic women in music. After a run of three sold out, five star reviewed and award nominated performances for this year’s Brighton Fringe Festival, Paul and his 7 piece ensemble are bringing the show to The Bread and Roses Theatre in London.

Join the avant-garde performer and his band on a colourful, camp cabaret extravaganza as they re-imagine classic songs originally performed by legendary female artists such as Kate Bush, Joni Mitchell and PJ Harvey, to name but a few. Dance, sing, laugh and cry as Paul interweaves his stories of childhood out-castings and social misfittery into well loved compositions. Every sense will be tantalised in this outrageous, rainbow coloured romp. With songs picked from a wide range of genres and time periods, some tunes will take people on a emotional journey of nostalgia and others will make people want to get up, dance and sing along (which will be strongly encouraged). The production is a comedic but raw tale of growing up in a world feeling disconnected. Diello says “I wanted to create a fun platform for me to share my story of gender confusion through music that was personal to me but that would reach others and spread the message of the ‘It Gets Better’ project” (an organisation whose mission is to communicate to LGBT youth around the world that life does get better)” Paul Diello has released two LP’s, 2011’s The Last Green Bottle and 2014’s Looking Glass and has toured extensively, promoting both bodies of work across the UK, Europe and America and supported artists including Texas, Jarvis Cocker and Kyla La Grange. He has made many festival appearances including Edinburgh Fringe, The Big Chill, Blissfields and in 2015 he opened Brighton Gay Pride Festival on the main stage in Preston Park.

Paul won Best Solo Artist at Brighton Music Awards 2010 and was nominated for Best Video. He also performed at the ceremony, held at prestigious venue The Brighton Centre to an audience including Jimmy Page, Roger Daltrey and Arthur Brown.

We had the pleasure of seeing Paul perform at Penguin Pride in the Eden Project earlier this year.

Get your tickets here.