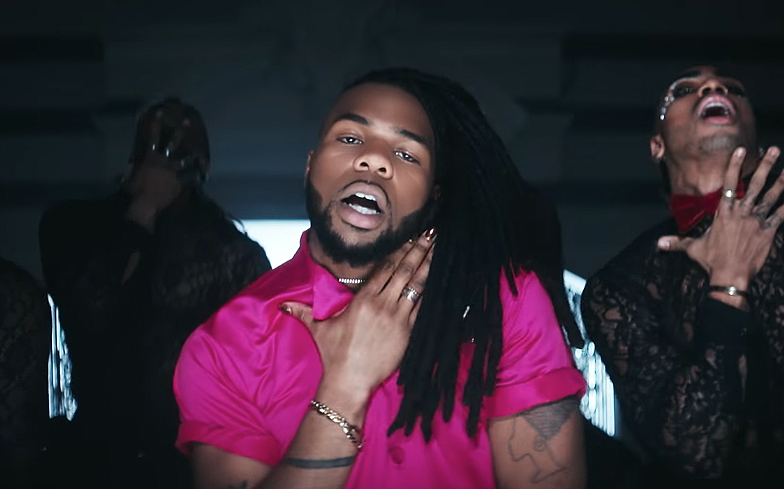 “If videos like mine can help a young kid come to terms with their truth, I’m doing more good in the world than a keyboard warrior.”

MNEK has perfectly shut down a homophobic troll with an empowering AF speech, and it shows exactly why queer visibility is so important.

The troll took offence at the storyline in the music video for MNEK’s fierce banger Tongue, which sees the openly gay singer/songwriter declaring his attraction for another male suitor.

“Call me old fashioned but this is so so wrong. Look in this guy’s eyes. You can clearly see a demon is in control of this guy and is doing this gay thing so it can poison young minds,” he said. “I’ve just seen this video on MTV Hits where near enough everyone of all ages views it and this gay stuff has all become so normal. The end of times is near. Pray for forgiveness.”

MNEK wasn’t having any of this, like at all.

In a statement, he said: “First of all, I’d like to say a continued thank you to everyone who’s been supporting #TONGUE, still – it means the world. @bradleyandpablo and I took a risk and I’ve received such amazing messages from people old to young, black to white saying how much they’re enjoying my music.”

“OBVIOUSLY, throughout what I’m doing, there will be people who don’t like it, don’t get it, or are just straight up uncomfortable with how gay it is. I’ve been working in this industry for a long time and have earned the right to now perform in a way that exhibits the true me.

“I’m aware it’s not something everyone is used to seeing but that’s exactly why I wanted to do it. Loving another man is not a demonic act, especially not in a music video!”

He concluded by saying: “If videos like mine can help a young kid come to terms with their truth, I’m doing more good in the world than a keyboard warrior – soooooo If you’re a homophobe and want to spray hate on comments etc etc. you should know that my moodboard rn is BLACK FAGGOT POP SUPERSTAR ???????? so it’s about to get eeeeeven gayer – whether ya like it or NAHHTTT. get with the program or get out!”

Can we get a ‘yaaas!” up in here please? Homophobic trolls be-fucking-ware.

MNEK told Fader: “Tongue is one of my favourite songs from the album. It’s fun, it’s sexy, and it’s different to anything I’ve put out before. It is an indication of me taking risks with my new music.

“The album is something I’m so proud of because it’s an audio world I’ve created which is a true body of work. I can’t wait for everyone to hear it.”

Tongue serves as the follow-up to MNEK’s recent track Paradise, which also had a powerful video to boot.