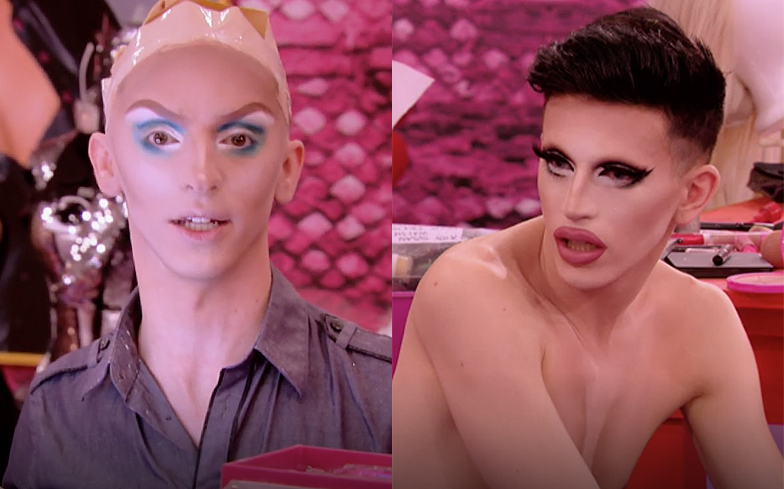 “Everything I have, I have worked for and I’ve built myself from the ground up.”

VH1 has released another sneak-peek for the upcoming episode of RuPaul’s Drag Race, and it’s getting heeeella shady.

As the queens prepare for the runway, Miz Cracker pays tribute to Shangela and Mimi Imfurst’s iconic confrontation as she questions Aquaria over the rumours that she has a sugar daddy.

“It’s come up a couple times, I’ve overheard people saying, ‘Aquaria, she has sugar daddies. Everything for her is paid for,’” says Miz Cracker. “Why do you think that’s out there? Why do you think people are saying that?”

Calm and collected, Aquaria responds: “Girl, if you look like a million bucks, people might assume that you come from a million bucks. I guess people assume that it is expensive. That’s definitely a misconception that really bugs me a lot.”

In her confessional, Aquaria also states: “I’ve worked so hard for what I have. I’ll do two gigs on a Saturday night until four o’clock in the morning, wake up and do drag brunch on a Sunday, and then another party Sunday night. I definitely take what I do very seriously. I work so hard even Donna Summer would be jealous.”

She then playfully calls Miz Cracker a “fucking bitch” after telling her, “Everything I have, I have worked for and I’ve built myself from the ground up.”

Miz Cracker hilariously breaks the fourth wall as she pleads to the older Drag Race demographic: “I don’t want to imply that I don’t want a sugar daddy. If anyone would like to be a sugar daddy for me, I don’t need to build from the ground up. I admire Aquaria, but that is not a look I’m trying to steal.”

US viewers can watch the fourth episode of RuPaul’s Drag Race Thursday on VH1, and one day after on UK Netflix.

A design challenge of this scale usually doesn’t come around until the top five, so the queens are cooped, gooped and gagged.