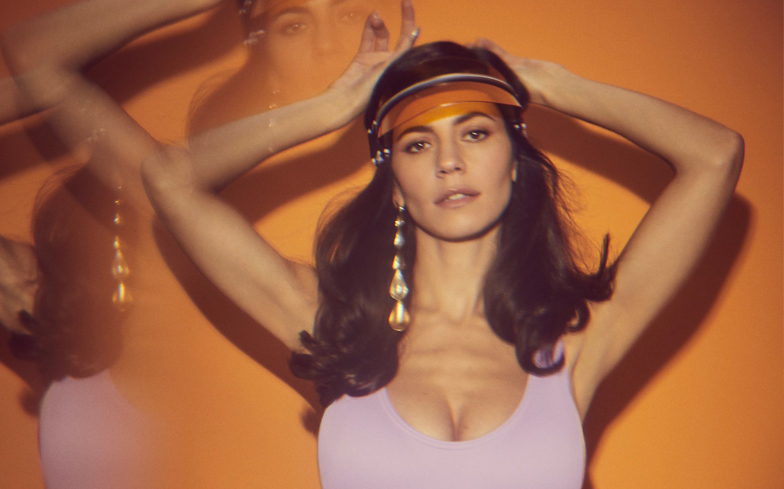 Ahead of the previously-announced release of her new album Love + Fear, a two-sided record that’s due out 26 April, Marina shocked fans by surprise releasing the first half of the album, Love, on Thursday (4 April).

“I created LOVE + FEAR as 2 separate records to be listened to individually,” she explained on Twitter. “I’m releasing LOVE today so you can listen to it in full before we move onto FEAR.”

“There are only two emotions: Love and Fear. All positive emotions come from love, all negative emotions from fear. We cannot feel these two emotions together, at exactly the same time. They're opposites"

To Be Human and End Of The Earth are typically retrospective, with a focus on Marina’s incredible songwriting, while Enjoy Your Life and True are some of the most uplifting, danceable tracks she’s ever released.

Explaining the meaning behind the album title, she wrote: “One of the things I struggled with in the past was letting fear get in the way of love. Love scared me so much. (Um… remember Electra Heart?!). This record is a result of working through that.

“A lot of us think of love as positive and fear as negative but the truth is there are positives found within fear and negatives found in love.”

You can listen to Love below.

Marina – who has dropped her ‘And The Diamonds’ stage name for her latest collection – has previously achieved three Top 10 records in the UK with The Family Jewels, Electra Heart, and Froot.

Her third studio collection, Froot, also reached Top 10 placings in both the US and Canada back in 2015.

Tickets for Marina’s UK shows are on sale now.