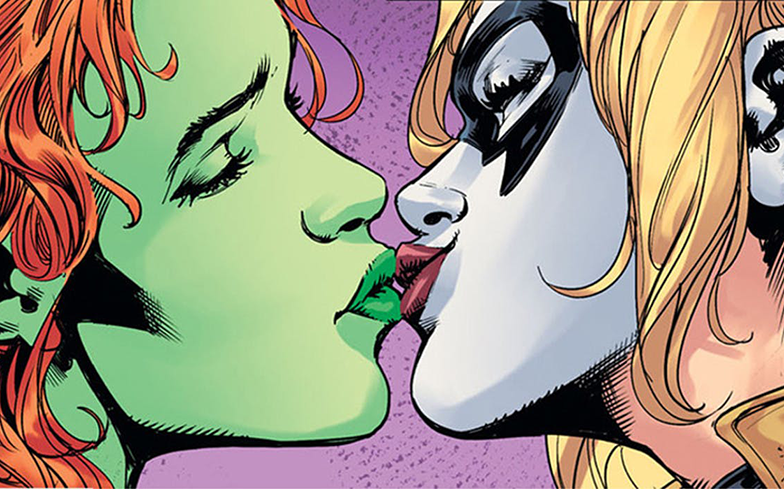 Margot Robbie confirmed that she would like to see Harley Quinn and Poison Ivy relationship play out on screen.

Robbie confirmed the plans in an interview with Pridesource as she spoke about her upcoming movie Mary Queen of Scots. And she imparted some wisdom for drag queens looking to be Mary: “Well, you definitely want to avoid getting smallpox – you have to really layer on the makeup to hide those pox-mark scars!”

When the interview turned to Robbie’s upcoming role as Harley Quinn in the Birds of Prey movie, she was asked about Harley’s relationship with Poison Ivy, especially as DC Comics confirmed that the two got married.

In response, she said: “If you read the comics you know that Poison Ivy and Harley have an intimate relationship. In some comics they convey it as a friendship; in other comics you can see that they’re actually sexually involved as a couple.

“I’ve been trying to – I would love to have Poison Ivy thrown into the universe, because the Harley and Poison Ivy relationship is one of my favorite aspects of the comics, so I’m looking to explore that on screen.”

When asked about who she would like to play Poison Ivy, Robbie said: “You know what? I’ve thought about it a lot and there’s no one person who springs to mind. I’m pretty open-minded.”

Producers of Birds of Prey have remained tight-lipped about whether Poison Ivy will feature in the film, but even if the Harley and Ivy relationship isn’t touched upon, the film should still feature at least one LGBTQ character.

One of the members of the all-female group is Renee Montoya, who in the comics is openly gay, even striking up a relationship with Kate Kane, aka Batwoman, who is set to be openly lesbian in her upcoming TV series.