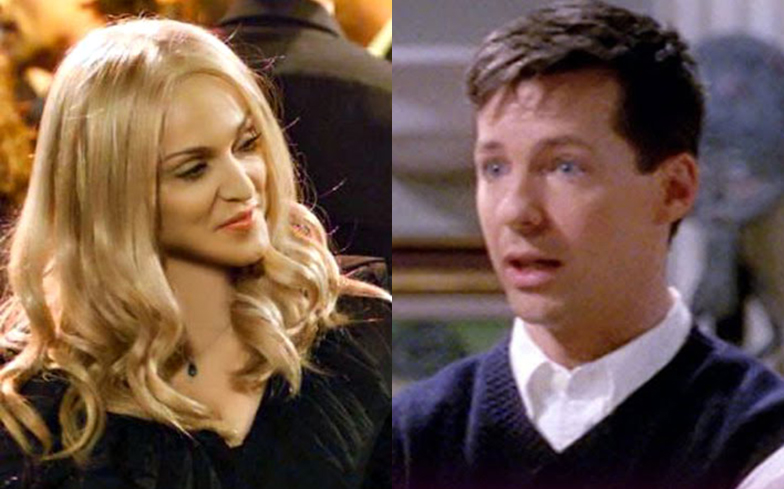 She has her sharp-tongued reputation for a reason, you know…

During the original run of Will & Grace from 1998 to 2006, there was no shortage of celebrity guest stars, from Britney Spears to Cher, but none was more legendary than the Queen of Pop herself, Madonna.

Madge made her cameo during season five of the Emmy award-winning show, where she played an office worker called Liz who became roommates with Karen after she decided to spend time with “real people”.

But despite being a massive fan of the singer, Sean Hayes (who plays Jack on the show) revealed during a recent Q&A in London that he was convinced Madonna hated him during filming.

“She was wonderful. She came in, did the table read, and was great,” he recalled.

“I know she was nervous, so to make her feel good I was praising her. I was like, ‘That’s funny when you do that!’ and ‘That’s really great!’

“She said, quote: ‘Thank you. I live for your approval.’

Meanwhile, Debra Messing and Eric McCormack appeared on Graham Norton last Friday, where they revealed their own hilarious experience with Madonna – and apparently, the pop superstar couldn’t even remember the actors’ names.

“Every day she went to Debrah and to I and she said, ‘I’m sorry, I don’t remember your names’,” recalled Eric.

“This was when she was really into Kaballah,” explained Debrah, “and I said, ‘Oh, I’m Rachal’, and she went, ‘Rachal? That’s my Kaballah name!’ And I was like, ‘How about that!’

“So for the rest of the week she called me Rachal. [Eric] informed her that my name was Debrah, and after the episode was over, I got six dozen roses that said ‘Dear Debrah, thank you for a great week’.”

Watch the Graham Norton interview below.