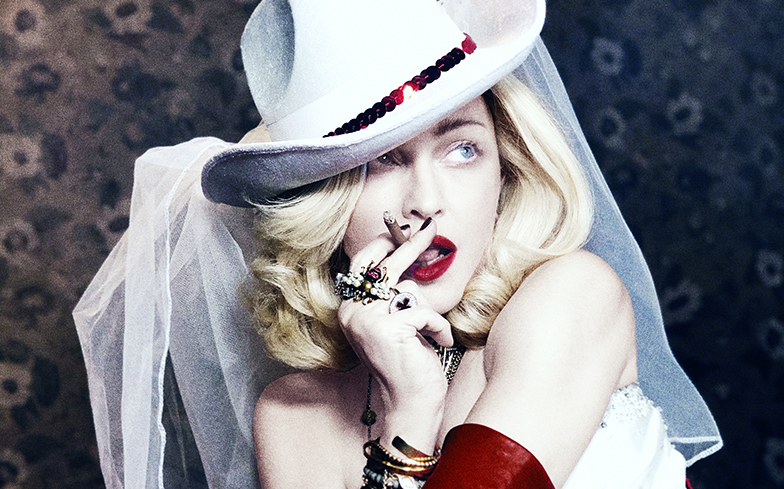 Madonna and Quavo are heading to the Future.

Ahead of her highly-anticipated 14th studio album Madame X, the Queen of Pop has previewed several songs including critically-acclaimed lead single Medellín, the anthemic political track I Rise, and the Swae Lee-featuring Crave.

But she’s not done feeding us yet, as today Madonna has premiered a fourth song from the new album called Future, a Jamaican dancehall-inspired track co-produced with Diplo and featuring vocals from Migos rapper Quavo.

“It’s a song about the world that we live in today and the future of our civilisation,” said Madonna of the song.

It’s not the first time Madonna has teamed up with Quavo, as she previously made an unexpected guest appearance alongside Cardi B on his track Champagne Rose, taken from the rapper’s debut album Quavo Huncho last year.

Ahead of the album’s release on 14 June, fans can also anticipate the “sonically innovative” Dark Ballet to drop on 7 June.

Madonna has also revealed that she will perform her new track Future at the Eurovision Song Contest finale on Saturday night, where she will also treat viewers to a rendition of her signature track Like A Prayer, which is celebrating its 30th anniversary.

If you’d prefer to get up a little more personal with the pop legend, she’s also announced a new tour to support her upcoming album Madame X which is swapping arenas and stadiums for intimate theatre venues.

Madonna’s new album Madame X will be released on 14 June.