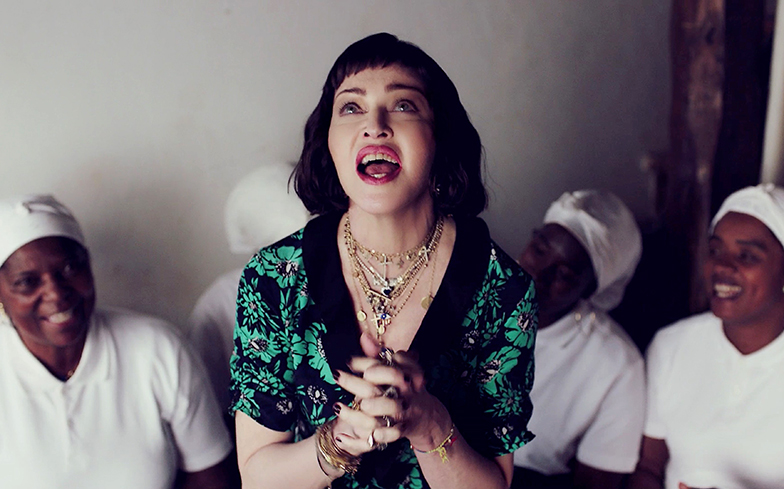 Madame X is a cultured queen.

After delivering a string of stunning music videos this era – including the Joan Of Arc-inspired Dark Ballet and political call-to-action God Control – Madonna is stripping things back for her new Batuka clip, directed by Emmanuel Adjei.

Batuka is one of the most experimental tracks on the Queen of Pop’s new album, channeling Batuque, a traditional style of music created by the women that originated from Cape Verde.

The video features the all-female Orquestra Batukadeiras, modern purveyors of the genre, and was shot off the coast of Lisbon, Portugal where Madonna created the character of Madame X and the critically-acclaimed album of the same name.

“We went to a tiny club in the middle of nowhere and a circle of women were sitting in chairs playing leather drums. The music started and they all took turns singing solos in Creole and dancing,” Madonna explained.

“It was so inspiring that I asked if possible, to collaborate with them. They agreed and we ended up in the studio recording Batuka, this call-and-response song, live. It was a religious experience, just a total celebration of life.”

Watch the video for Batuka below.