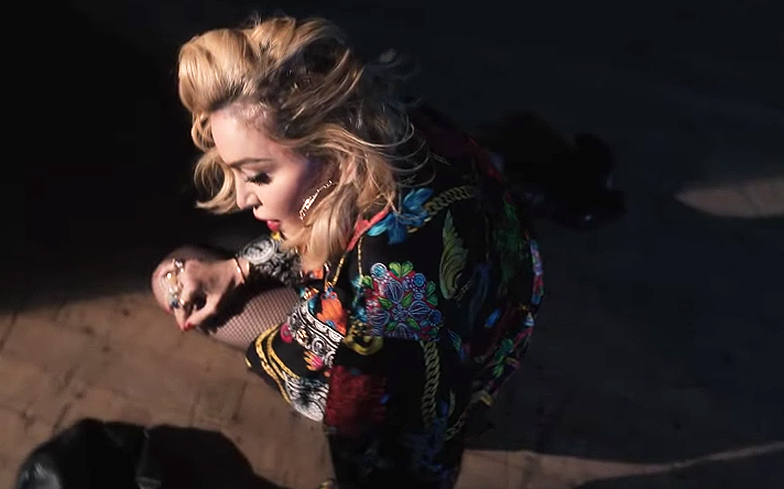 Madonna has teamed up with Swae Lee for new track Crave.

After a four year music drought, the Queen of Pop finally announced last month that her 14th studio album Madame X will be coming on 14 June, and she’s not keeping fans waiting to preview what’s to come.

“I’m tired of being far away from home, far from what can help, far from where it’s safe,” she sings in the track’s opening lyrics, likely a reference to the fact that the new record was created while Madonna was living in Lisbon, Portugal.

Sonically, the track is a continuation of the vibe that Madonna debuted with lead single Medellín, moving away from dance-heavy sound of previous albums Rebel Heart and MDNA and stripping things back á la Ray Of Light, her magnum opus.

“Madame X wants you to CRAVE her new single with Swae Lee!” she wrote on social media.

Listen to the new track below.

The Queen of Pop is known for her incredible live performance almost as much as her chart-topping music, so fans will be ecstatic to know that she’s also announced a new tour to support her upcoming album Madame X.

Never one to follow tradition, Madonna is swapping stadiums and arenas for several dates at intimate theatre venues, providing a rare once-in-a-lifetime experience for fans.

Kicking off in September with 12 shows at the BAM Howard Gilman Opera House in New York, the tour will then feature four shows at the Chicago Theatre in October, and nine shows at The Wiltern in Los Angeles in November.

Madonna will also visit the Colosseum at Caesars Palace in Las Vegas, the Boch Center Wang Theatre in Boston, The Met Philadelphia, and the Fillmore Miami Beach at the Jackie Gleason Theatre, with dates announced soon.

The tour is then expected to resume in 2020 with a series of performances at the The Coliseum in Lisbon, the Palladium in London, and at the Grand Rex in Paris. We expect dates to be announced soon.