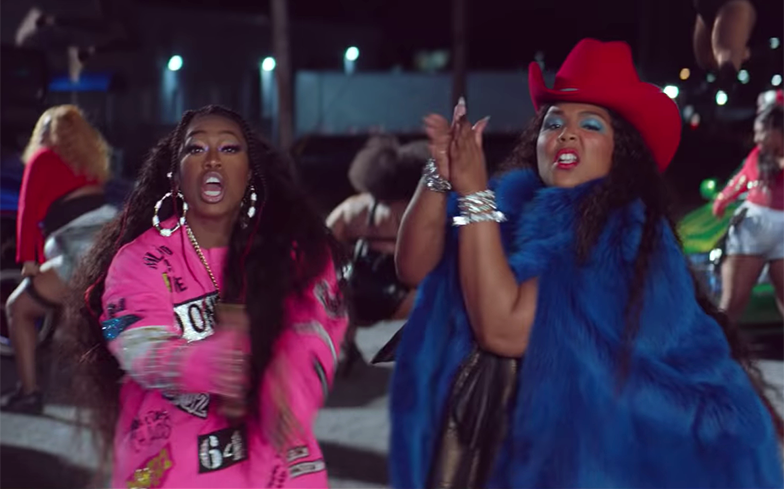 Lizzo has unveiled the video for her fierce, body-positive bop Tempo.

On the R&B slash trap anthem, a collaboration with rap icon Missy Elliott, the American singer-songwriter proclaims that slow songs are for “skinny hoes” and if she’s gonna move her “thick” body-ody-ody, she’ll need some “tempo”.

In the video, Lizzo embraces her inner cowgirl and transforms a dead parking lot into a partay, with the help of several dancers and Missy, who jumps out of the hood of a car to get the “thick girls down on the flrrr”.

The song is the latest single taken from Lizzo’s critically-acclaimed third studio album, Cuz I Love You, which features massive bops such as the title track, Juice, Boys, Like a Girl, Water Me and Truth Hurts.

The latter became a viral sleeper hit, reaching number six on the Billboard Hot 100 two years after release. It gained popularity after it was included in a scene from the Netflix romantic comedy-drama, Someone Great.

Lizzo is set to make her film debut in Hustlers, which will also star Constance Wu, Jennifer Lopez, Cardi B, Keke Palmer, Julia Stiles, Lili Reinhart, Trace Lysette, Mercedes J. Ruehl and Usher. It is scheduled to be released on 13 September.

Watch the video for Tempo featuring Missy Elliott below.