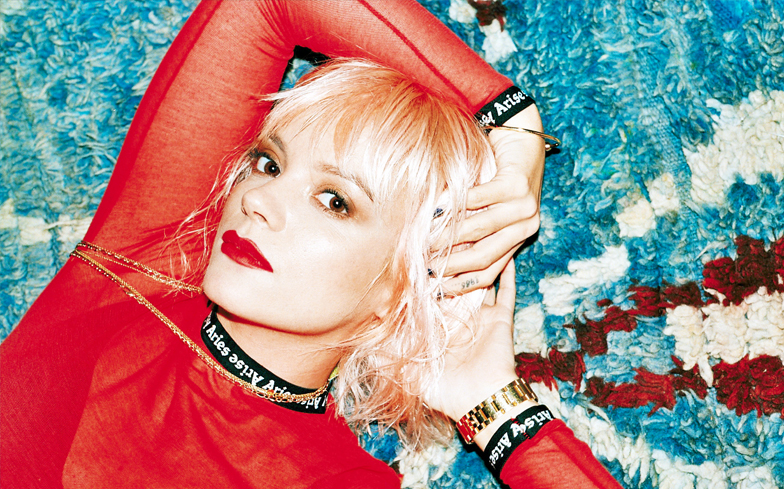 “I’m a bad mother, I’m a bad wife,” she sighs on opening track Come on Then. “You saw it on the socials, you read it online.” But closing cut Cake is much more positive: “Eventually you’ll get a piece of that patriarchy pie,” she reassures women over dreamy electro beats.

In between, you’ll find the most personal and heart-rending set of songs Allen has ever written.

Unsurprisingly, the breakdown of her marriage to Sam Cooper (they divorced in 2016) looms large. “I turned a strong man weak, I threw him down, brought him to his knees,” she sings regretfully on What You Waiting For. Your Choice has an intriguing hint of defiance: “I’ve always said a man can’t own me.” Yet most devastating is Apples, on which Allen connects her own divorce from that of her parents. “I’m just like my mummy and daddy,” she sings over a stunningly intimate backing. “I guess that apple doesn’t fall far from the tree.”

Appropriately enough, No Shame tends to offer a more subdued and moody take on electro-pop than we’ve come to expect from Allen. Nothing here feels as playful as 2007’s Alfie or rambunctious as 2009’s Fuck You. This music is also a little cooler than past Allen albums. What You Waiting For and Your Choice contain trendy traces of dancehall; Waste is a reggae-flecked bop featuring rising grime star Lady Chann.

But No Shame is never a slog, mainly because Allen remains a brilliantly melodic songwriter with a winning turn of phrase. “Honey, I had a suitor in Vancouver,” she winks on My One. “I put that loser in an Uber!” She’s also, as her detractors tend to forget, a lot smarter than the average popstar.

Underrated lead single Trigger Bang acknowledges that one of the downsides of a hedonistic lifestyle is never quite remembering what you’ve been up to. “Someone would say, ‘Did you bang, no?’ I shake my head, I say, ‘No-no.’ Maybe we did, I don’t think so,” she sings, capturing the boozy befuddlement perfectly.

No Shame is unlikely to match the sales figures of Allen’s first two albums, but it’s a definite return to form after 2014’s patchy third effort Sheezus. It’s also a welcome reminder that Allen isn’t just an important liberal voice on Twitter; she’s also one the UK’s most compelling and distinctive artists.