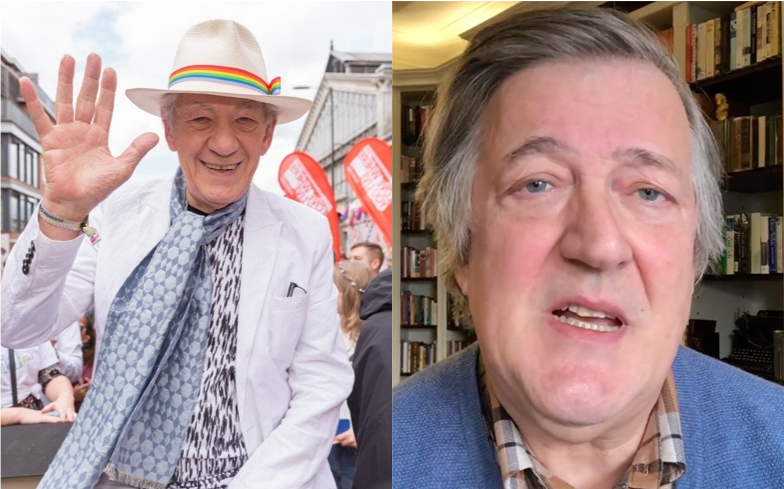 LGBTQ celebrities including legendary actor Sir Ian McKellen and comedian and actor Stephen Fry have lent their backing to a campaign aiming to create a statue of murdered gay playwright Joe Orton, in his home city of Leicester.

Orton, whose plays include Entertaining Mr Sloane and Loot, was murdered by his boyfriend Kenneth Halliwell in 1967 with a hammer.

Orton’s sister, Leonie, said she hoped the statue would “serve as an inspirational reminder that talent is everywhere and art is for everyone, regardless of social background or circumstance.”

A campaign, posted on Spacehive, is seeking to raise £120,000 for a statue of Orton to be erected in the city. At the time of writing, the campaign has 69 backers, who have nearly raised £20,000.

The fund will also ask artists to submit their designs for a statue. A shortlist will be devised of three of the best ones, before the final decision.

Announcing his backing of the project, Sir Ian McKellen said: “The idea that in Orton Square there should be a statue, a memorial to Joe Orton, is terrific.”

Meanwhile, Stephen Fry added: “Joe Orton has always been a hero to me, both in his work and in the authenticity, wit and wonder of his life. A statue is a wonderful idea.”

Baldwin said: “I have craved Orton’s writing for a long time, whether I’m sitting on stage or performing in the cast. There are no comparisons. He’s a true original. Half poet, half devil’s apprentice. I never tire of his wit, soul and anarchy.”