There are more LGBT+ characters on TV than ever before, GLAAD reports 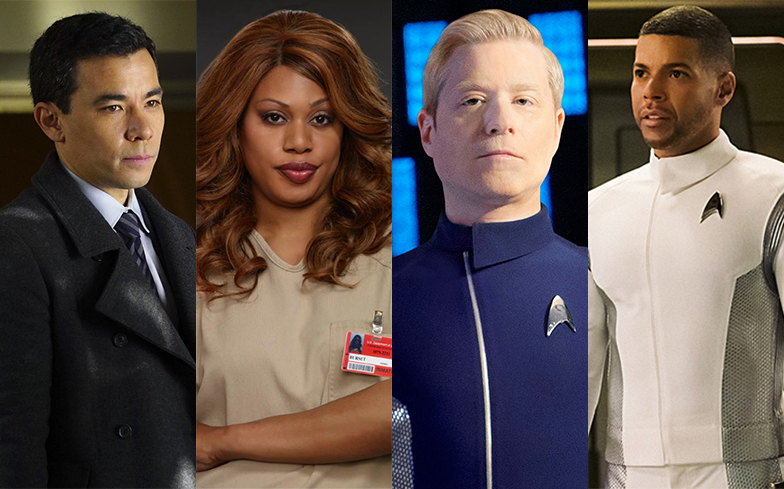 LGBT+ representation on TV is higher than it’s ever been, according to GLAAD.

The charity this week released its 22nd annual Where We Are On TV report, a forecast of all the LGBT+ characters that are set to appear on US primetime television through the 2017-2018 season.

Of the 901 regular characters expected to appear on broadcast scripted primetime programming this season, 58 (6.4%) were identified as gay, lesbian, bisexual, transgender or queer, with an additional 28 recurring LGBT+ characters.

Netflix leads the streaming pack, with 46 LGBT+ characters, compared to Amazon’s 13 and Hulu’s 11. But it’s not all good news, as GLAAD reports that the majority of LGBT+ characters on television are still cisgender white men – 62% of broadcast, 64% of cable, and 77% of streaming are white.

There are also only 17 trans characters across broadcast, cable and streaming services, four of which are non-binary. Bisexual characters still skew towards women, with 75 women and 18 men.

She argued that TV needs to do better at representing queer people of colour, characters living with disabilities, lesbian and bisexual women, trans characters, and those of various religious backgrounds.

“When the Administration in Washington, D.C. is actively working to roll back the rights of all marginalised communities and using fear to divide us, entertainment has the unparalleled opportunity to connect with people in their living rooms,” Sarah continued.

“These stories allow audiences to find their shared experiences among people with whom they might have previously believed themselves to have nothing in common.”

The report praised “stand-out series’ including Will & Grace, How To Get Away With Murder, and Instinct for their representation, but acknowledged that these shows are “still the exception to the rule” and aren’t yet commonplace.

You can read the full Where We Are On TV report here.