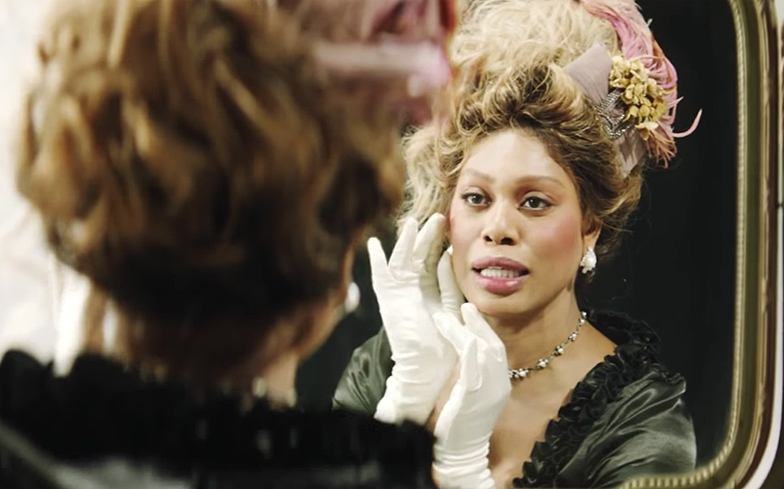 She didn’t come to play… she came to slay!

Since rising to fame for her role as Sophia on hit Netflix series Orange Is The New Black, Laverne Cox has shown her versatility as a model, cover girl, reality TV host, trans rights advocate and star of Rocky Horror.

Now, she’s taking on the world of music as she unleashes her first ever single, Beat For The Gods.

The song, which Laverne penned herself, was created as an homage to the ball scene and drag culture of the 90s, while the music video sees her serving looks as a boxer, a makeup-free dancer, and even Marie Antoinette.

“Thank you everyone who has been kiki’ing and carrying to my debut single Beat For The Gods. I love you so much! This song is for you,” she wrote on Instagram.

Laverne recently made history as the first openly trans woman to appear on the cover of the South African edition of Cosmopolitan.

Dubbed the #SayYesToLove issue, Cosmopolitan also turned their logo rainbow as a show of support for LGBTQ people, and promised to “explore the need for increasing visibility with regards to various forms of gender identity and sexuality” inside.

In an accompanying Q&A shared on social media, Laverne recalls being hidden away by romantic partners, explaining: “As a black transgender woman, I’ve often been kept a secret by the men I’ve dated.

Related: Laverne Cox opens up about how hard it was to get roles as a black, trans woman