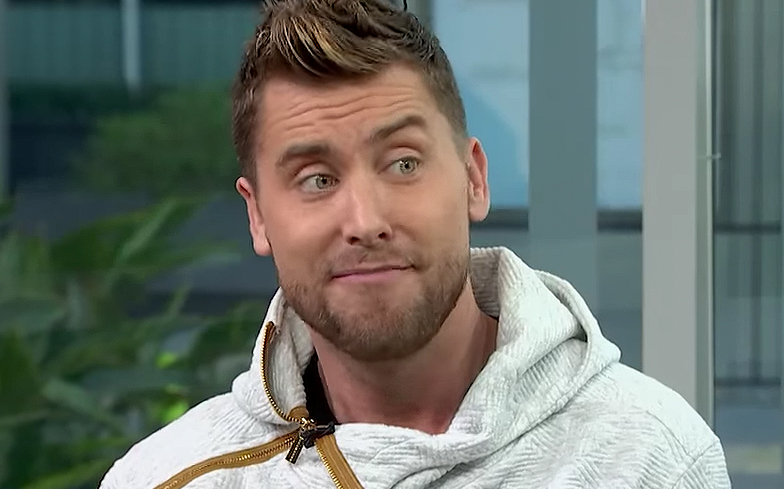 Back in 2006, Lance Bass publicly came out as gay.

The NSYNC member had kept his sexuality a secret during the height of the boyband’s popularity, and now he has explained why he felt like he couldn’t tell the world who he really was.

The five-piece group – which also features Justin Timberlake, Chris Kirkpatrick, Joey Fatone and JC Chasez – reunited earlier this week to unveil their star on the Hollywood Walk of Fame, where they each reflected on their time in one of the biggest pop forces in the world.

It’s official!! You can finally walk all over us on Hollywood Blvd! Curb your dogs please ????. (Swipe away)

“I want to thank these four guys right here. We’re brothers. We’re family,” Lance told the crowd. “Out of all this, the music, the tours, the love from the fans, it’s my brotherhood I’m most thankful for.

“I was a kid when we came together and I’m a man today because of the family I have and you. I love you guys.”

He continued: “The other thing I want to say here today is something I’ve been trying to put into words maybe my whole life. Growing up in Mississippi and in a Southern Baptist church, in a town where everyone knows your business, I had a secret: I was gay.

Well that was fun!!!! This was the calm before the storm. Thank you to my four brothers for this amazing gift. Also, @theellenshow and @carsondaly for your beautiful speeches! And the fans! Holy! Seeing all your faces has made me so happy. Love to all! pic.twitter.com/I3gymXspKk

“Yes guys, I’m gay! I am! And at the time, I thought that I would never be able to tell anyone because not only was I terrified of the lasting rejection — I was certain that that would happen — but more than that I didn’t want to jeopardize the careers of these guys up here, much less the hundreds of amazing people who worked tirelessly to bring NSYNC to the world.”

Lance added: “I thought if I had come out, NSYNC would be over. So I kept my secret. And our wildest dreams were coming true and we were so incredibly thankful — and I still am. But so many nights onstage, I’d see so many young, gay fans singing their hearts out and I wanted so badly to let you know, I was you. I just didn’t have the strength then.

“But I do today and so let me say loud and proud to all my LGBT brothers and sisters, who embrace me and show me the way to be who I am, thank you so much.”

Since coming out, Lance has continued to be a vocal campaigner for LGBTQ rights, and was honoured with the Human Rights Campaign Visibility Award.

The singer then married his partner Michael Turchin back in 2014, and they became the first same-sex couple to exchange vows on cable television.