“I don’t hate Lady Gaga anymore. I found a way to love myself again.”

Lady Gaga recently opened up in an interview with CBS’s Lee Cowan about her struggle with mental health and how it influenced her sixth studio album Chromatica.

“Honestly, I just totally gave up on myself,” she admitted. “I hated being famous, I hated being a star. I felt exhausted and used up.”

During the video interview, Gaga explained that she began to resent the piano that she once cherished, saying: “I wrote so many songs on this piano. You ruined my life: you made me Lady Gaga”.

All of the tracks on Chromatica, some more obviously than others, allude to Gaga’s own struggles with mental health. Whilst Chromatica is an electro-pop dance album, the lyrics in the songs explore buried trauma, mental illness and the complexities of fame.

The eighth track on the album, 911, is an 80s robotic pop track that tells the story of Gaga’s relationship with a specific medication. The lyrics “my biggest enemy is me, pop a 911” refer to an antipsychotic that Gaga takes. The star recently released a short film, directed by Tarsem Singh, to accompany the track.

Gaga stated in an Instagram caption: “This short film is very personal to me, my experience with mental health and the way reality and dreams can interconnect to form heroes within us and all around us.”

Lady Gaga in the music video for 911 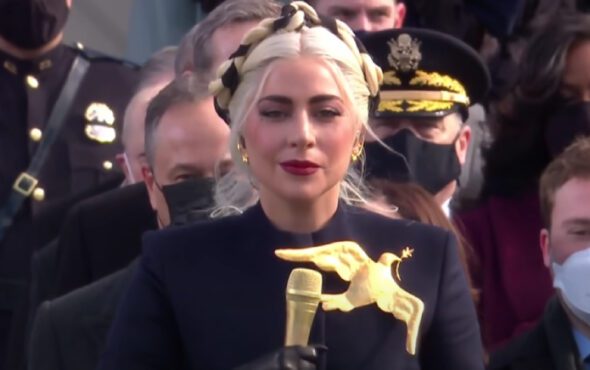 Detailing her experiences with self-harming and suicidal thoughts, Gaga continued: “It’s not always easy if you have mental health issues to let people see.”

Thankfully, towards the end of the interview Gaga explains that, despite thinking it would never happen, she found a way to love herself again.

You can watch Lady Gaga’s interview with Lee Cowan below.