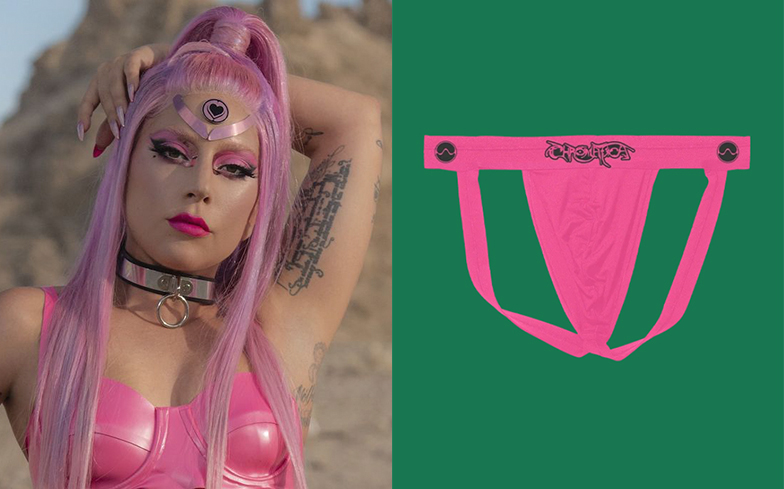 This is peak Lady Gaga.

When we joked about the superstar “giving the gays everything they want” with her new dance-pop album Chromatica, we didn’t think that would include themed underwear – but that’s exactly what she’s decided to give us.

On the singer’s official store, fans can purchase a hot pink jockstrap, a hot pink thong, or a pair of green briefs, all with the Chromatica logo printed on them. Each purchase comes with a digital download of Gaga’s new album, and we’ll be ordering all three styles… obviously.

Fans have responded, as expected, with glee at the prospect of this generation’s biggest LGBTQ icon Lady Gaga selling jockstraps, sharing their best memes and jokes on Twitter – see some of the best reactions below.

If you’re still with us after all this ridiculousness, here’s everything we know about Gaga’s new album Chromatica.