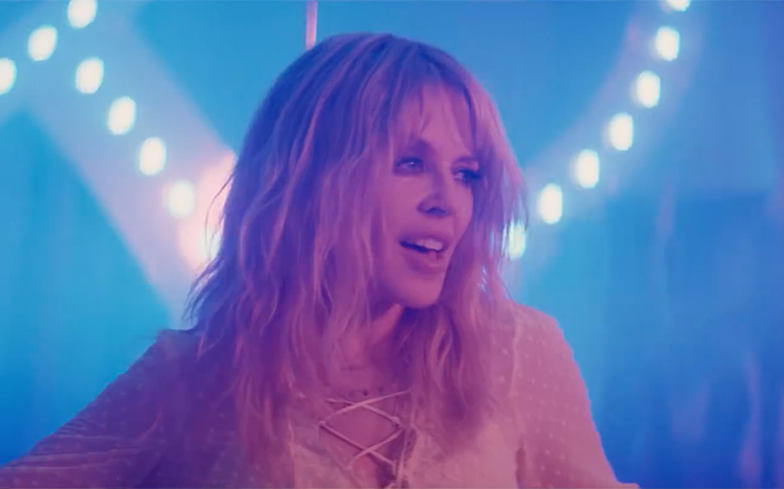 It’s rumoured that she’ll also be playing at the Mardi Gras afterparty.

People who went to Sydney’s Mardi Gras were treated to a surprise performance from the pop princess herself, Kylie Minogue. Marching down Oxford Street, Kylie performed All the Lovers.

And joining her in the song were cowboy and cowgirl backing dancers, alongside drag queens impersonating her.

And on her way down the parade route, Kylie met up with other performers including Scissor Sisters frontman Jake Shears, who is currently touring as Kylie’s opening act, and drag superstar Courtney Act, who is currently slaying on Dancing with the Stars.

And an unnamed inside source has said that Kylie will be performing at the official Sydney Mardi Gras afterparty.

Here are some of the best reactions for Kylie’s surprise appearance:

Truly ‘a world of difference’ from @SBS #MardiGras2019 live stream – the inimitable @kylieminogue LIVE in the parade w/her fan drag queens – only in #Sydney #loveislove pic.twitter.com/L2aG3loSBp

I CANT BELIEVE I SAW KYLIE MINOGUE RIGHT IN FRONT OF ME WITH MULTIPLE KYLIE DRAG QUEENS. I FEEL WHOLE, I FEEL NOURISHED, AND I FEEL ALIVE. #MardiGas2019