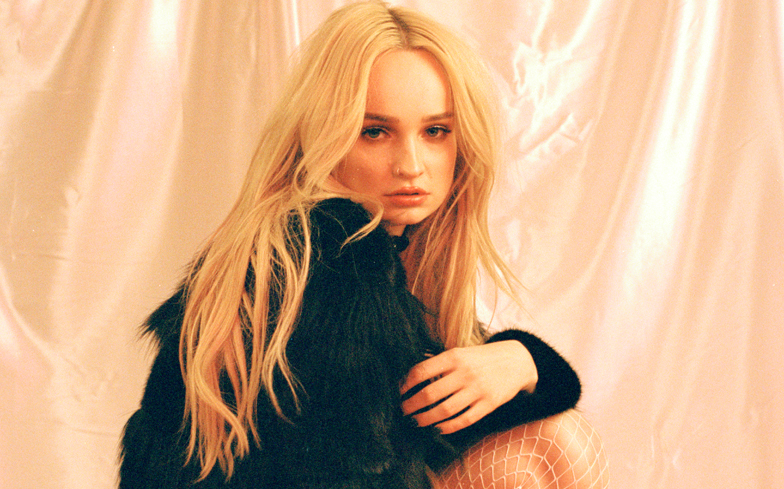 Yaaas! Kim Petras has announced a sequel to Turn Off The Light.

The Halloween-inspired EP was released last year to critical acclaim, and features dark-pop bops such as Close Your Eyes, Tell Me It’s a Nightmare, In the Next Life and the title track, which starred Elvira, Mistress of the Dark.

She confirmed the follow-up in an interview with Junkee, who said the star is “planning on dropping a Vol 2. to Turn Off The Light on October 1”. They also said she’s still working on her highly-anticipated debut album.

Kim has become a beloved pop icon since she debuted in the music industry back in 2017 with her anthem, I Don’t Want It All, and its music video, which featured former Gay Times cover star Paris Hilton.

She followed the track up with singles such as Hillside Boys, Heart to Break, Can’t Do Better, All The Time, 1,2,3 Dayz Up (featuring SOPHIE) and her collaboration with Cheat Codes, Feeling of Falling. Last year, when we spoke to the pop princess, she opened up about the discrimination she’s faced in the industry as a trans woman: “There were people who said, ‘I can’t work with this girl because it’s against God and she’ll go to hell.’

“There were people who would ask me in meetings whether I was transgender because it’s ‘trendy’ right now. So yeah, definitely, you face shit. I want to be a good example, but I don’t want to be known just for being transgender, to the point where I’m not allowed to be anything else.

“A lot of people, especially growing up in Germany, they wouldn’t let me be anything else but transgender. Even now, I just went back there and they were like, ‘So do you miss having a dick?’, ‘So are your boobs fake?’, and ‘So did the surgery hurt?’”

Kim continued: “It’s just like… wow. Sometimes I feel like people can’t take my achievements seriously because I’m transgender. But other people do, my fans do, and I’m really excited about that.”