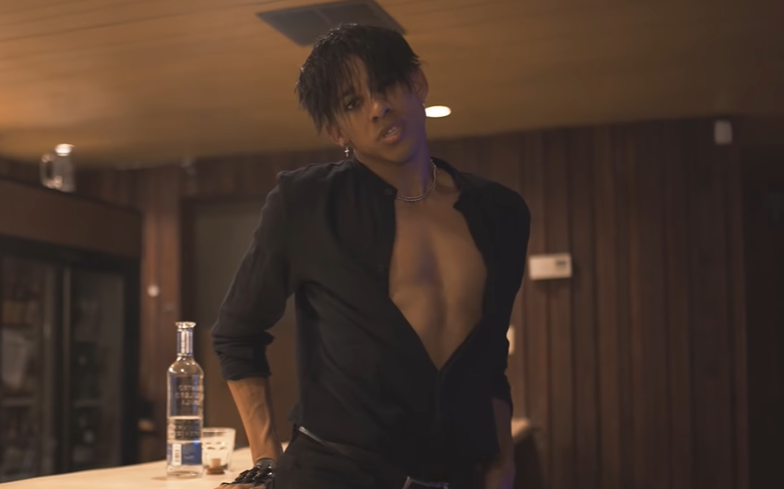 Following on from the success of his first single Kiss the Boy, Keiynan Lonsdale has released his latest one.

The song starts off in a field with a young girl who in a dress, who transforms in Keiynan. It then switches focus to the actor and singer performing a breath-taking dance in an empty bar.

Following the first chorus, Keiynan is then outside wearing an assortment of outfits. As the song continues, storm clouds start to gather, but Keiynan, as Rainbow Boy, is able to disperse them using rainbow powers.

The final shot of the music video sees Keiynan disappear, and leave behind a rainbow heart, which similarly vanishes.

The song, about falling love, has lyrics like: “Love that we vibe together/Love that we so off centre” and “Maybe we’ll fuck up sometimes/But, who the fuck cares/I want your faults your errors/Fuck all those insta scammers.”

And the chorus for the song has lyrics like: “What could I do, without your love/Cause I don’t want to fight the feeling,” and “You got me shook/I’m fallin’ and I/I’m fallin’ and I got to preach yeah.”

Watch the music video below:

Last year, the Love, Simon and former Flash star came out as bisexual. In an emotional post, Keiynan admitted that he dated both boys and girls, and said that he spent “too many years hating myself, thinking I was less valuable because I was different.”

He then added: “Not faking shit anymore, not apologising for falling in love with people no matter their gender.

“I’ve become bored of being insecure, ashamed, scared… no one should feel like that about themselves, especially when there is so much good life to live.”