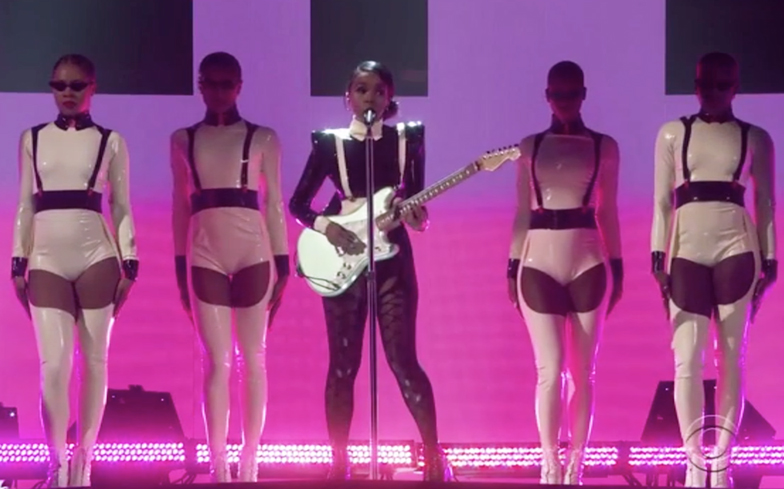 Janelle Monáe performed her bisexual anthem Make Me Feel at the Grammys.

Though Janelle herself identifies as pansexual, her song Make Me Feel was the epitome of inclusivity during #20gayteen, and her performance at last night’s Grammys was no different.

Under the cast of pink lighting, the singer commanded the crowd with her inimitable stage presence, making reference to other tracks like Pynk and Django Jane, stating: “Let the vagina have a monologue.”

Backing dancers sported the eye-catching vulva pants that first debuted in Janelle’s music video for Pynk, while others wore black and white leotards – a fashion statement that you don’t need to have a vagina to be a woman.

But what wasn’t caught on the main TV broadcast was fellow pop superstar Lady Gaga’s reaction to Janelle’s electric performance, which one Twitter user managed to get on camera.

As the singer-songwriter altered the lyrics to Make Me Feel, singing, “Girl you make me feel, boy you make me feel,” Gaga can be seen in the front row of the audience throwing her hands up in agreement.

And though a potential bisexual bop featuring Janelle and Gaga may be a dream for now (seriously, that needs to happen), what is very real is Janelle’s position as a figure head for inclusivity.

Earlier in the week, Janelle dedicated her Grammy nominations to the trans community.