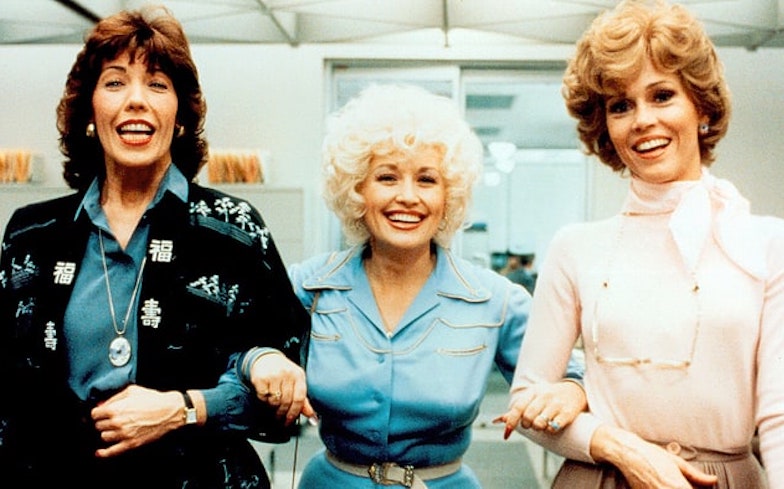 After years of speculation and demand from fans, legendary actress Jane Fonda has confirmed that a sequel to her hit 1980 movie 9 To 5 is in the works, and it will see her reunite with co-stars Lily Tomlin and Dolly Parton.

“My involvement is an executive producer and together with Lily, we’re working with the writers,” she told reporters at a Television Critics Association press tour for her new HBO documentary, Jane Fonda In Five Acts, on Wednesday.

She then added the most important piece of information: “Right now, Dolly, Lily and I are all intending to be in it.”

The critically-acclaimed comedy starred the three legendary stars as secretaries in a male-dominated workplace. After their sexist, egotistical boss blackmails one of the women into sleeping with him, they kidnap him and uncover his embezzlement scheme.

Jane said the sequel will take place at the same office of Consolidated Companies, but will explore how women are treated in a modern-day working environment, adding: “I’m sorry to say the situation is worse today.”

The #MeToo movement proved that male chauvinism and sexism is still rampant, so a remake of 9 to 5 is timely.

9 to 5 was an enormous hit upon release, inspiring a television series of the same name and a Broadway musical, with music and lyrics by Dolly. The single by Dolly also reached number one on the Billboard Hot 100, and received two Grammy Awards.

Dolly, Jane and Lily sent fans into meltdown mode last year when they reunited onstage at the Emmy Awards ceremony, and used the opportunity to take on controversial US President Donald Trump.

“Well, back in 1980 we refused to be controlled by a sexist, egotistical, lying, hypocritical bigot,” said Jane.

Lily added, to roaring applause from the audience: “And in 2017 we still refuse to be controlled by a sexist, egotistical, lying, hypocritical bigot.”

We can’t wait to see the three gay icons together on the big screen once again.