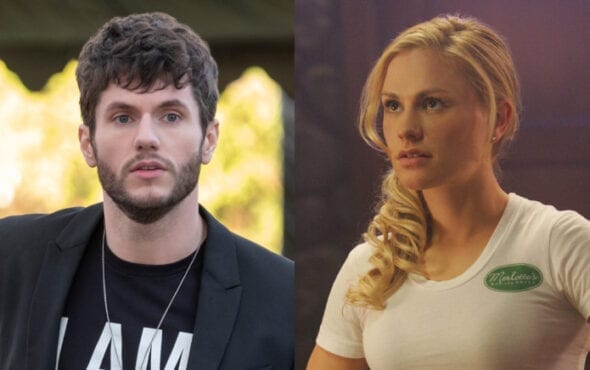 Based on The New York Times column of the same name, the Amazon Prime anthology explores “love in its multitude of forms – including sexual, romantic, familial, platonic, and self love”.

Queer talent such as Isaac John Powell, known for his role in the Broadway revival of West Side Story, James Scully, who recently rose to fame as Forty Quinn in Netflix series You, and Oscar winner Anna Paquin have also joined the cast.

“We’re so excited to bring a second season to life, and give an opportunity to really shine a light on what matters most,” said showrunner John Carney. “With so much uncertainty in our current world, these stories bring truth and love to people everywhere, and I’m so appreciative to be a part of making that happen.”

The first season of Modern Love received highly positive reviews from critics, and earned Patel nominations at the Primetime Emmy Awards and Critics’ Choice Television Awards; the latter of which also nominated Hathaway.

The eight-episode drama featured an episode in which a gay couple (played by Scott and Brandon Victor Dixon) take in a homeless, pregnant woman (Cooke).

The Prom star Andrew Rannells has been announced as a director for season two. The episode will be based on a Modern Love essay he wrote for the Times.