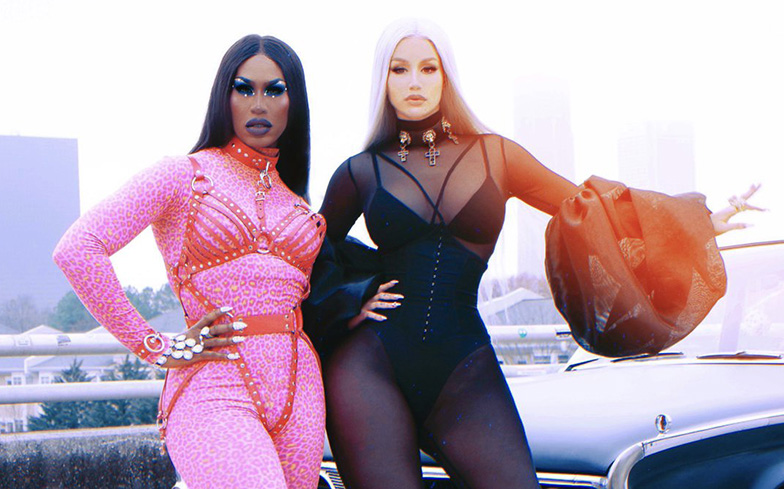 The Australian rapper has been quietly working on new music since announcing that she was going independent, and now she’s ready to unleash the fruits of her labour with a single called Sally Walker, due out on Friday 15 March.

As if we weren’t already excited enough for the new track, which she’s been teasing for a while now, Iggy recently took to social media to share a photo of Drag Race contestants Vanessa ‘Vanjie’ Mateo and Mayhem Miller in funeral attire.

“They ain’t ready,” teased Mayhem, and when a fan asked why Vanjie was in the video, Iggy mysteriously replied: “I guess she knew miss sally walker.”

Not gagging yet? Well, Iggy later revealed that season nine contestant Shea Couleé will also be appearing in the video, sharing a photo of them wearing matching wigs and sickening outfits.

“I had SO MUCH fun working with Iggy and her team on this DOPE video directed by the super talented Colin Tilley,” Shea said.

Sally Walker is out this Friday, while Iggy’s new album In My Defence is due out in the spring.